Image of child dancing on an indoor stage, with a man that appears to be Chief Dan George. Additional children are standing at the back of the stage.

File consists of a draft of a biography of Dan George by Anthony Carter, with edits by Carter's son-in-law Alan Campbell. The file also includes biographical information about Carter.

File consists of oversized and mounted photographs and prints by Anthony Carter, including photographs of Minn Sjolseth at work, Chief Dan George, a photograph of the Orpheum Theatre in Vancouver, BC, and photographs of totem poles. 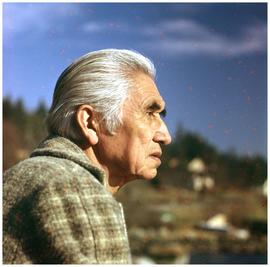 Masset Q.C.I Pole raising ceremony in honour of Robert Davidson who carved the commemorative pole raised on this day 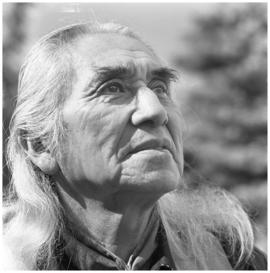 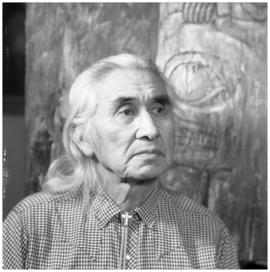 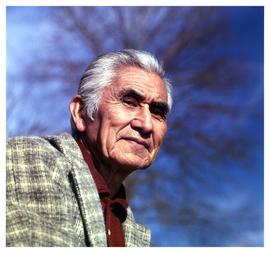 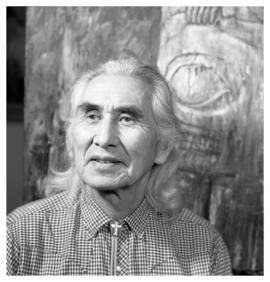 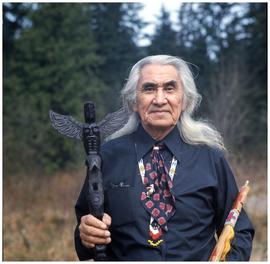 Portrait of Chief Dan George, holding a carved pipe and staff. This same image, or a similar one, is printed on page 13 of Carter's book Abundant Rivers. 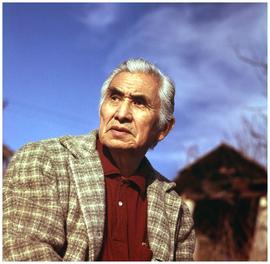 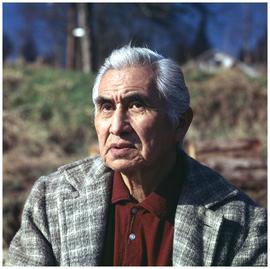 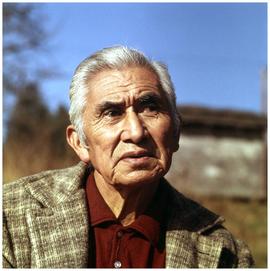 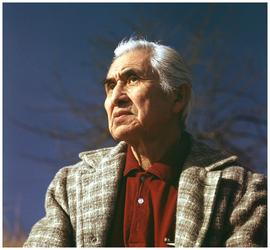 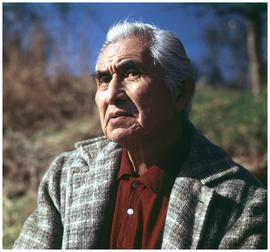 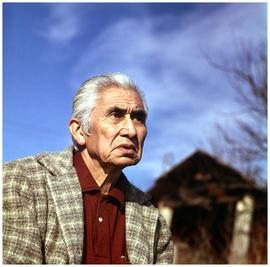