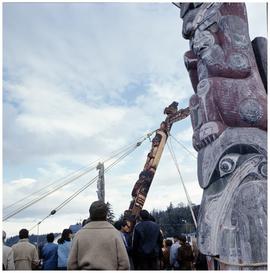 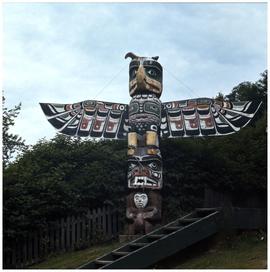 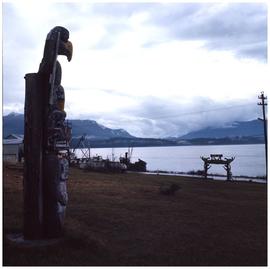 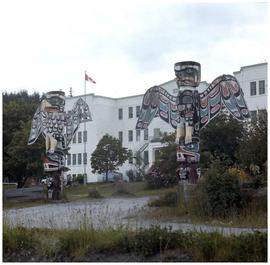 Image of a St. Michael's Indian Residential School in Alert Bay. A similar image is printed on page 35 of Carter's book "From History's Locker," with the caption: "Two fine old carved columns stand guard in front of the school." 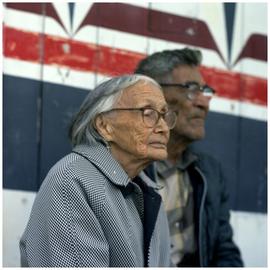 Image of an unidentified woman, with Chief Johnson of Fort Rupert seated behind her. 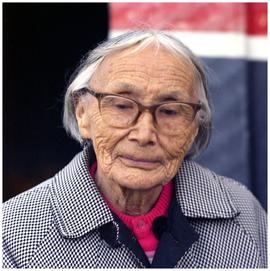 Image of an unidentified woman. She appears in other images in this file with Chief Johnson of Fort Rupert. 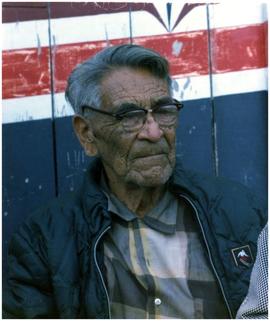 Image of Chief Johnson of Fort Rupert, BC. A similar image of him is printed on page 36 of Carter's book "From History' locker," with the caption: "? He is the Head Chief over all Kwakiutl Nation, his Indian name is 'Kla-Kwa-Gila' which means, 'Place where they make coppers." At 97 years he is a fine looking man."

File consists of images from a Kwakiutl potlatch for artists Tony Hunt, in Alert Bay, BC. 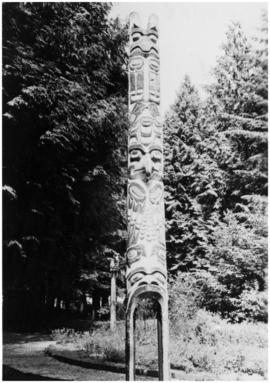 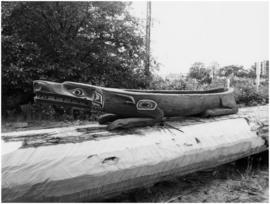 Image of a feast dish. This dish is now part of MOA's object collection.

Tape b: Mrs. Agnes Cranmer: Beliefs and Myths pertaining to the aquatic world.

Recorded by Martine de Widerspach-Thor (Reid) at the house of Mrs. Agnes Cranmer in Alert Bay.

Paddling to Where I Stand collection