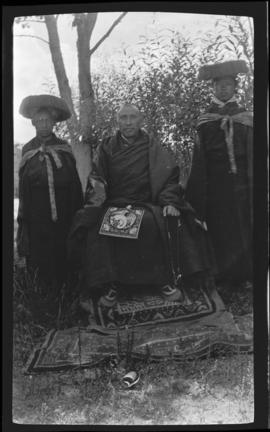 Item is a photograph showing one man, the Kenchung, and his sectaries. Kenchung is the title given to the ecclesiastical Governor of the district surrounding Gyantse.

This file contains correspondence between Eric Parker and Harold Nation, Tenzing Chhodak, and the editor of Country Life Magazine. 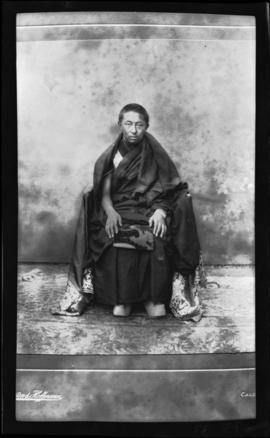 Item is a photograph showing Thubten Chökyi Nyima, or the Panchan Lama, seated in front of his monastery in Shigatse. He is wearing robes and has an item placed in his lap.