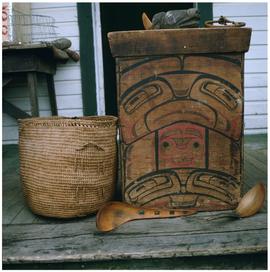 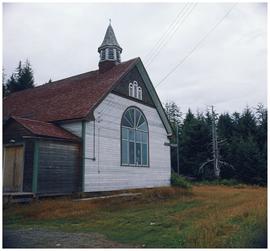 File consists of images of Haida Gwaii. Subjects include the Skedans village site, the city of Skidegate, Maud Island, and Queen Charlotte City.