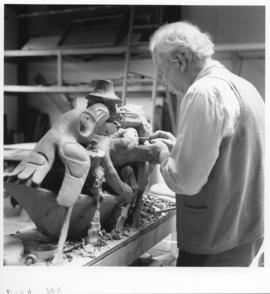 Image of Bill Reid carving a model of his sculpture The Spirit of Haida Gwaii. The photograph was taken by William McLennan in Reid's Granville Island studio.