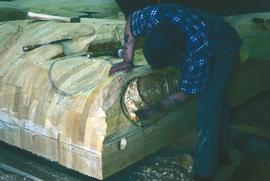 Image depicts a carver working on some kind of a large carving. 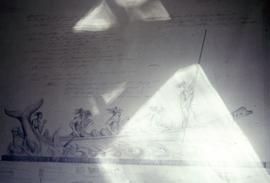 Image depicts a drawing and text representing plans for a canoe, possibly the Nootka canoe carved by Douglas Cranmer for the Royal Museum of British Columbia in Victoria, B. C. 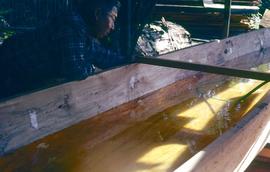 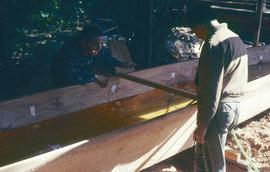 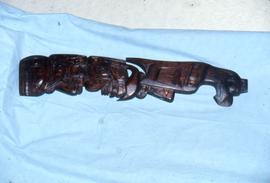 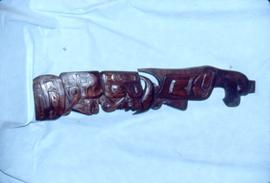 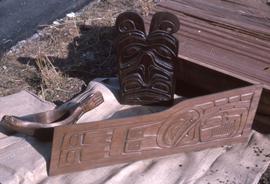 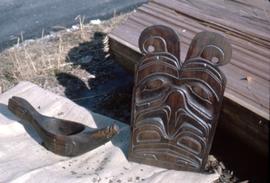 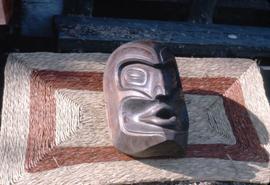 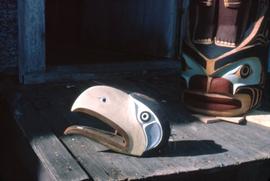 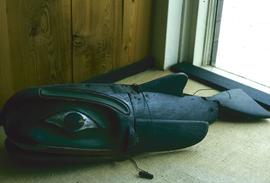 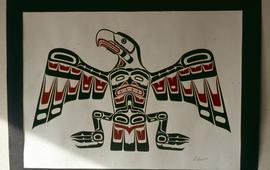 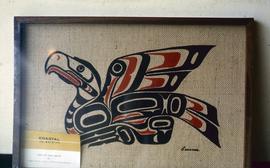 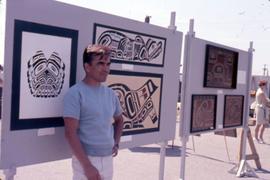 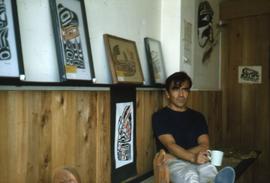 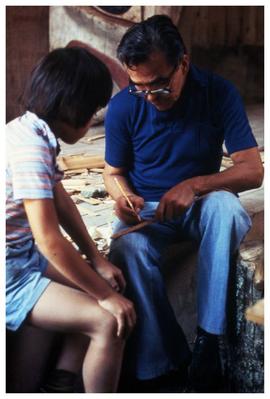 Image of artist Doug Cranmer at work, with child seated next to him. 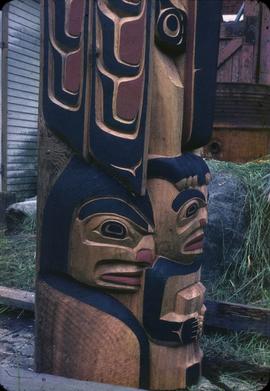 Mosquito Totem Pole, closeup of base

Image depicts a close up view of the base of a totem pole carved by Doug Cranmer. The base features figures that resemble humans. Above the man's head the end of the mosquito proboscis is visible. This pole stood in Deep Cove, BC before being moved to the Glenbow Museum in Calgary, Alberta. Views of this pole can be seen in items a034459 - a034467. 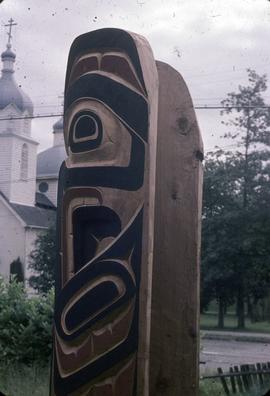 Image depicts a rear view of the top of a totem pole carved by Doug Cranmer. This portion depicts a side view of the mosquito's head and wings and reveals that the pole is open at the back. From this perspective a church can be seen in the background. This pole stood in Deep Cove, BC before being moved to the Glenbow Museum in Calgary, Alberta. Views of this pole can be seen in items a034459 - a034467.