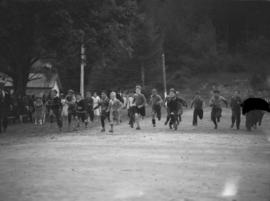 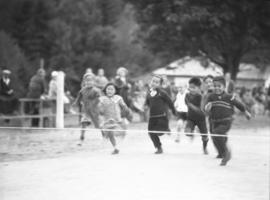 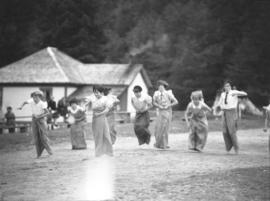 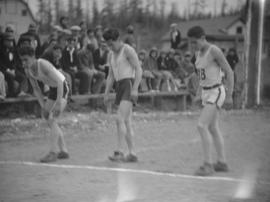 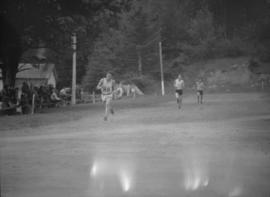 Three runners, one in lead, one in mid-ground and one behind. Observers and building on proper right. Overexposure on lower portion 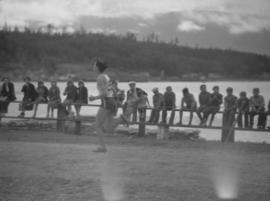 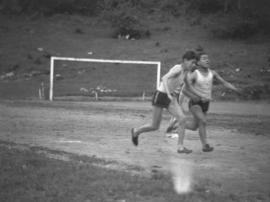 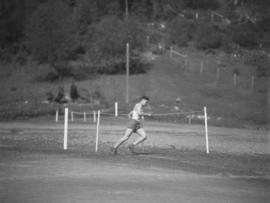 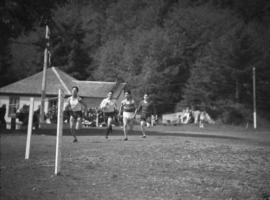 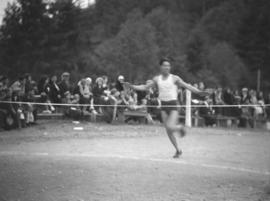 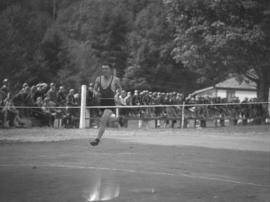 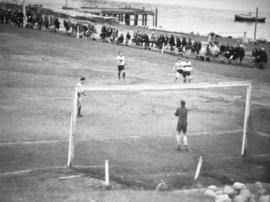 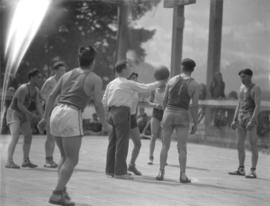 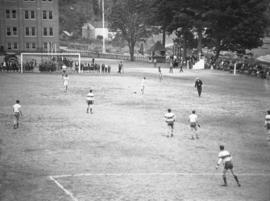 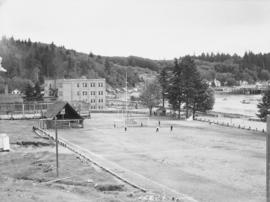 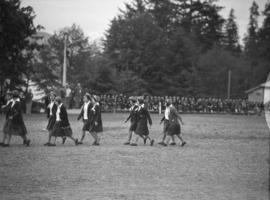 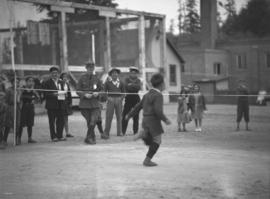