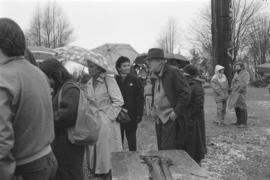 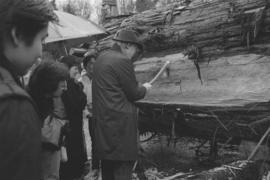 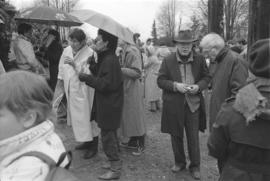 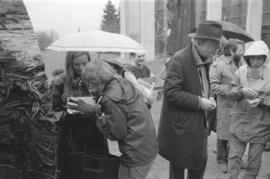 Interview with Bill Reid about Celebration of the Raven Part 3

Item is the third of a three part sound recording of an interview with Bill Reid about the origins of his carving The Raven and the First Men, located at MOA. The interviewer is unknown. During the interview, Bill Reid discusses symbolism in the carving. This recording is part of Celebration of the Raven which documented the creation of the Raven and the First Men Sculpture, its relocation to the Museum of Anthropology, and the unveiling by the Prince of Wales in 1982.

Item is an audio recording of ambient noise which was recorded for the soundtrack for the film Celebration of the Raven, directed by Ken Kuramoto, which documented the work process and installation of Bill Reid’s carving titled The Raven and the First Men and its unveiling by the Prince of Wales in 1980. This is Reel #4 of the soundtrack. 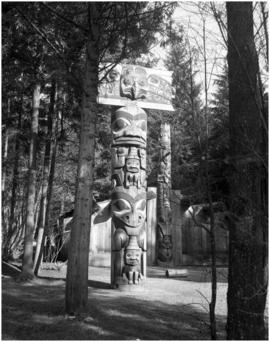 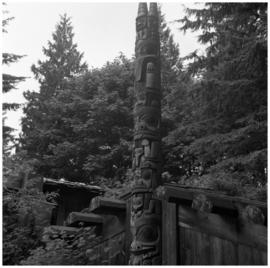 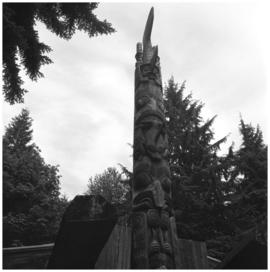 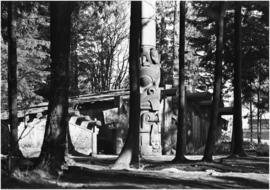 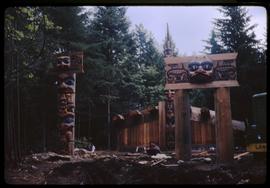 Item is a colour image of the construction of the Haida house at the Haida Village at Totem Park at the University of British Columbia (UBC). The Memorial Pole appears on the left; disassembled Wasgo appears in the centre; the House frontal post appears in the centre; the Double Mortuary Pole appears on the right. A woman and young child appear in the left foreground 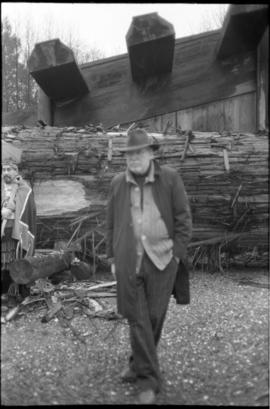 Item is the second of two audio recording of performers singing Haida songs at the opening reception of Celebration of the Raven. The recording is Reel #5 of the soundtrack for the film Celebration of the Raven, directed by Ken Kuramoto, which documented the work process and installation of Bill Reid’s carving titled The Raven and the First Men and its unveiling by the Prince of Wales in 1980. 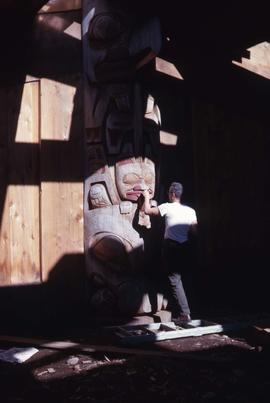