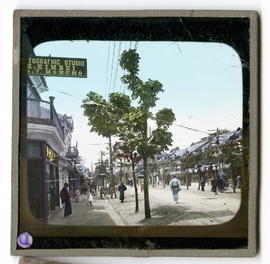 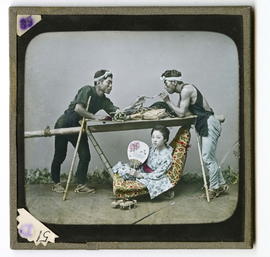 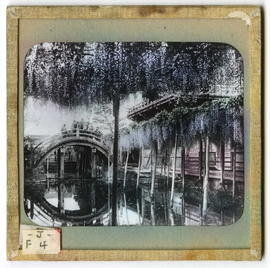 Item is a photograph showing people on the taiko-bashi (drum bridge) over the Shinji-ike pond and wisteria in full bloom at Kameido Tenjin shrine in Tokyo. This is one of the many photographs from this period, which were patterned after ukiyo-e woodblock prints. This photograph follows a 1865 print, Inside Kameido Tenshin Shrine by Hiroshige Ando and others. 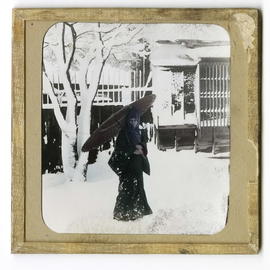 Woman holding parasol outside in snow

Item is a photograph of a woman holding an umbrella outside in the snow. The photo is attributed to Tamamura Kōzaburō. 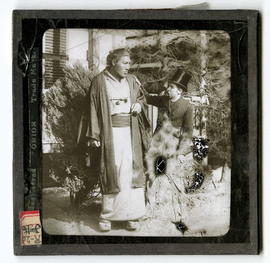 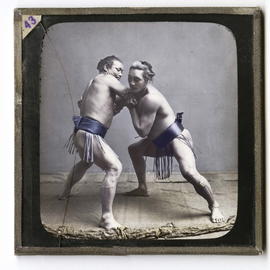 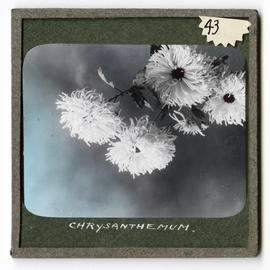 Close-up of flowers against sky

Item is a photograph of flowers against the sky. Reads, "CHRYSANTHEMUM." Possibly by photographer Ogawa Kazumasa 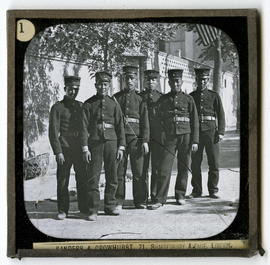 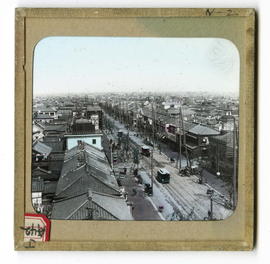 View of Ginza Main Street in Tokyo, looking north towards 3-chōme and 4-chōme, circa 1895, from atop the Hattori Clock Tower. Note the Kyōya Clock Co. Ginza clock tower and the Iwaya Shōkai tobacco store on the right. 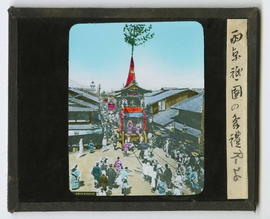 Item is a photograph showing people in a parade moving through street of Kyoto. They are pulling a wheeled shrine and are wearing ceremonial dress