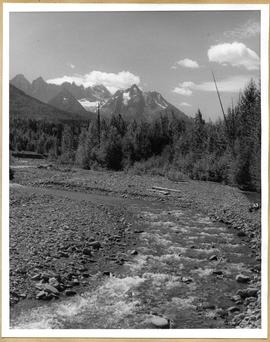 Image depicts a very shallow creek winding through a clearing. Trees and mountains are visible in the distance. 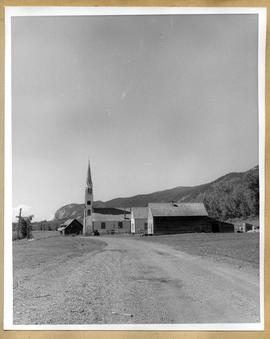 Image depicts four wooden structures, one of which is a church. A dirt road runs in front of the buildings, a pick-up truck is parked near the church, and mountains are visible in the distance. 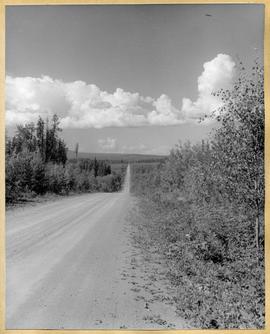 Image depicts a rural dirt thoroughfare with brush on either side of the road. The terrain is somewhat hilly. 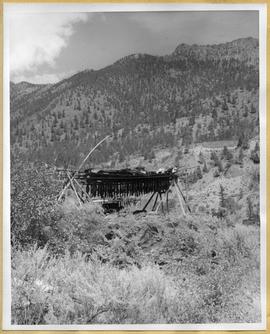 Image depicts a rack set up in a clearing where fish appear to be drying. The area around the rack is scrub land and mountains can be seen in the distance. 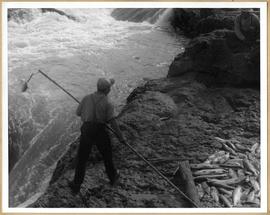 Image depicts a man standing on a river bank holding a long pole over the river. He appears to have caught a fish and to be bringing it in. A pile of fish sit on the riverbank.