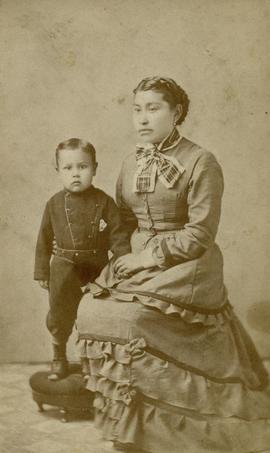 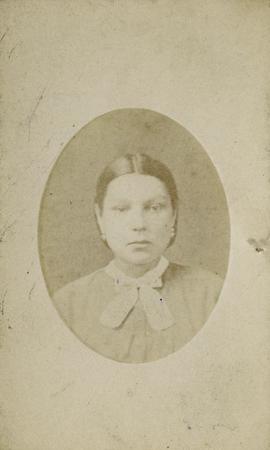 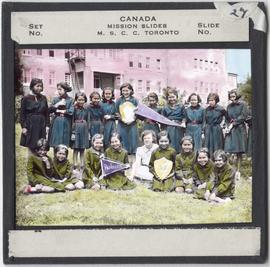 Item is a hand-tinted glass lantern slide of twenty children and one adult holding house pennants with the names "Robins" and "Ravens" and shields in front of a building. Item is a duplicated of item no. S7-60, fonds 008 Missionary Society of the Church of England in Canada (MSCC) fonds, from the Anglican Church of Canada General Synod Archives. According to description from the Anglican Church of Canada General Synod Archives, Ravens (senior girls) and Robins (junior girls) pose with the shields won in intramural competition. The Anglican Church established a day school at its mission in Alert Bay, British Columbia in 1878. It opened a small boarding school there in 1882 and an industrial school in 1894. In 1929, a new building was constructed. The school was known for the arts and crafts produced by the students and the two large totem poles in front of the school building. In 1947, two-dozen children ran away from the school. The subsequent investigation into conditions at the school led to the resignation of both the principal and the vice-principal. By 1969, when the federal government assumed administration of the school, all residents were attending local schools. The residence closed in 1974. (National Centre for Truth and Reconciliation) 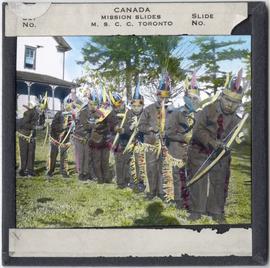 Item is a hand-tinted glass lantern slide of nine children in costumes in front of a building. Based on the original order of the collection, photograph might have been taken in Alert Bay.

Children on totem pole at potlatch in North Vancouver

Image of children on a totem pole at a potlatch in North Vancouver. Mount Seymour(?) is visible in the background.