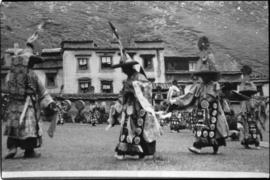 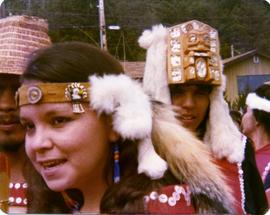 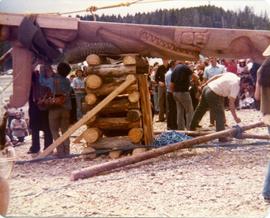 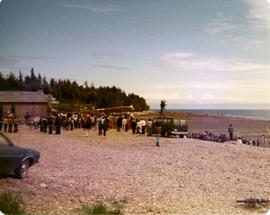 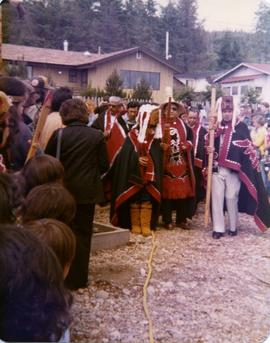 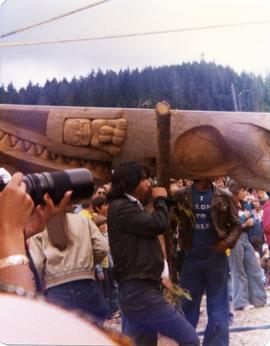 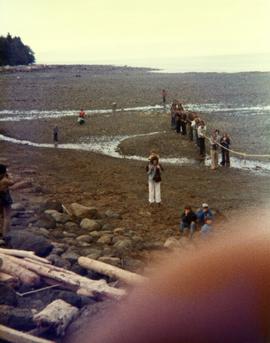 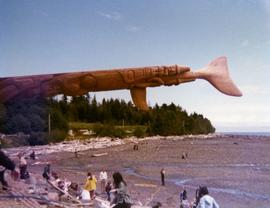 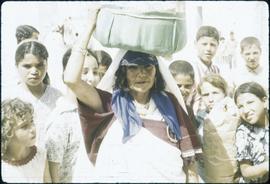 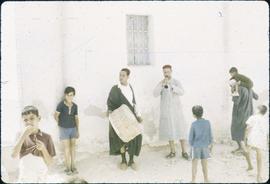 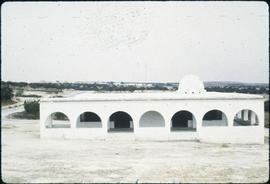 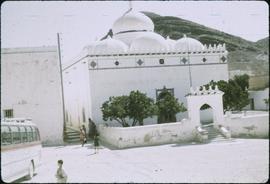 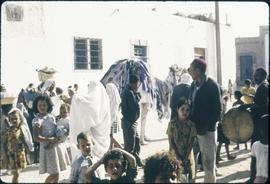 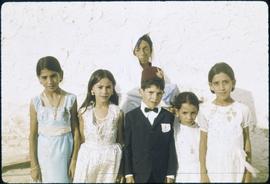 Photograph depicts a group of dancers dancing in grass skirts among palm trees somewhere in the South Pacific (likely Hawaii or Samoa). The negative is over-exposed.

Group of dancers in grass skirts

Photograph depicts a group of dancers in grass skirts dancing amid palm trees and in front of a grass hut somewhere in the South Pacific (likely Hawaii or Samoa). The dancers are flanked by two seated individuals on either side. The negative is slightly overexposed. 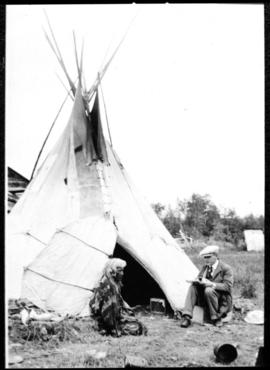