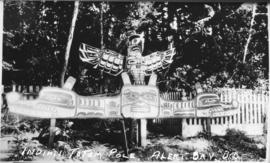 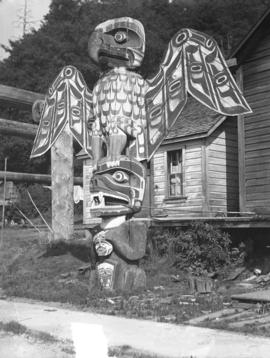 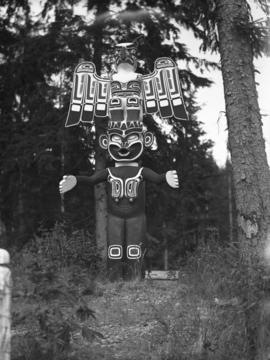 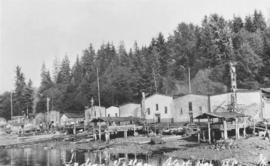 Item is a photograph of buildings, totem poles and harbour. Lower portion of photo is inscribed, "Indian Village Alert Bay BC" 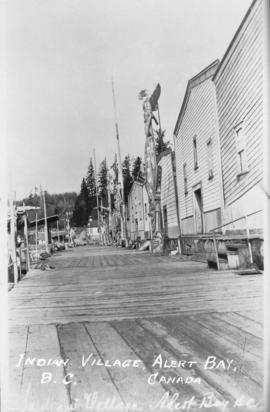