File contains detailed catalogue lists of photographs of the Nass River taken by C.F. and W.A. Newcombe, Victoria B.C., and lent to C.M. Barbeau in September 1927. 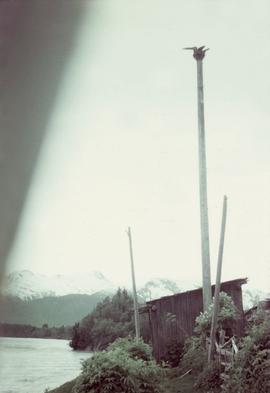 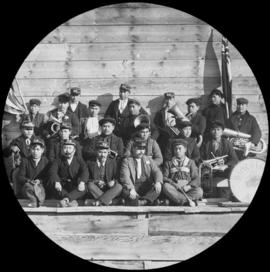 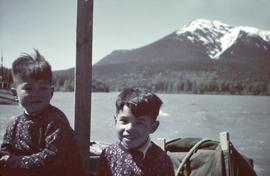 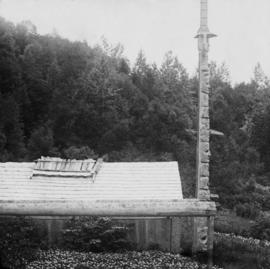 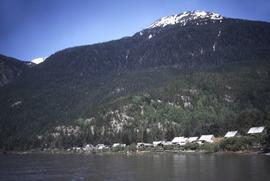 Image depicts a group of people drying and preparing oolachan (eulachon) fish. Printed around the border of the image is the photographer information "PHOTOGRAPHED BY R. MAYNARD, VICTORIA, . . . B. C." Handwritten inscription on the verso reads "Oolachan fishing, Nass River".