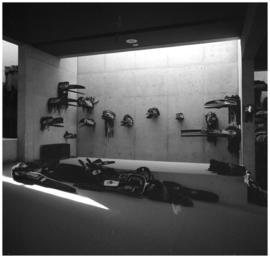 Photograph of dancers at an indoor potlatch or other event, likely in or near Alert Bay, BC. One dancer, wearing a mask, is kneeling. 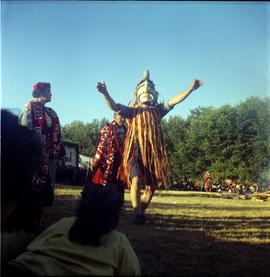 Photograph of dancers at an outdoor event in Alert Bay, BC. 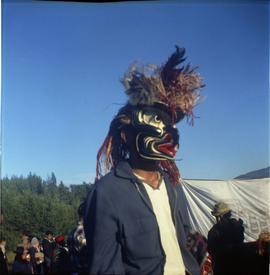 Photograph of a man wearing a mask, at an outdoor event in Alert Bay, BC. 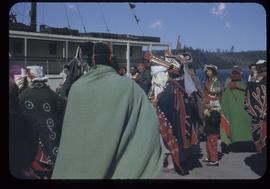 Photograph of a group of people in ceremonial dress standing on a dock in Alert Bay, BC. Most are looking away from the camera, toward a boat next to the dock. 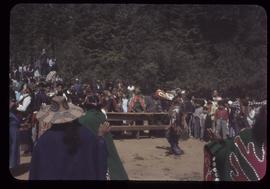 Photograph of a dancer at an outdoor event, possibly a potlatch. The dancer is wearing a mask. A crowd is gathered around him.

Photograph of dancers at an indoor potlatch or other event, likely in or near Alert Bay, BC. The dancers are wearing masks. 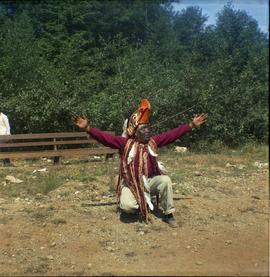 Photograph of a masked dancer in Alert Bay, BC. The man is outside. 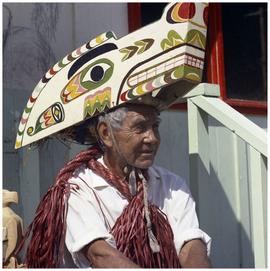 Image of Able John wearing a mask. An image of John is printed on page 119 of Carter's book "From History's Locker," with the caption: "Able John, born at Ehahsitaht but now living at Gold River. A friendly happy man he carves authentic Nootka masks to supplement his the earnings." 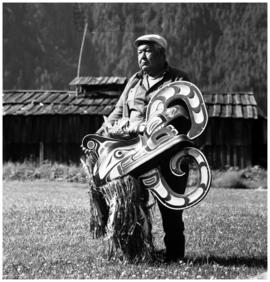 Image of Kingcome resident holding a mask carved by the late chief Willie Seaweed of Blunden Harbour. A colour version of this image is printed on page 49 of Carter's book From History's Locker.

Image of what appears to be a mask, featured painted, carved wood, feathers, shells, and fur. 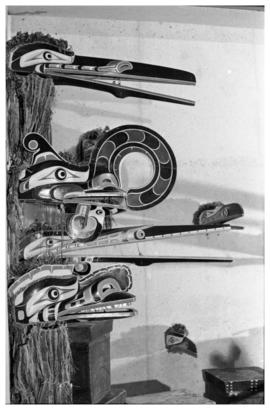 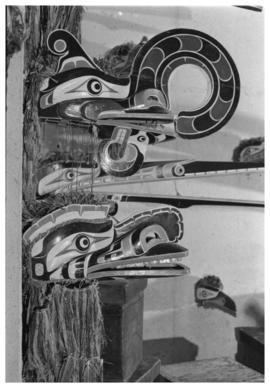 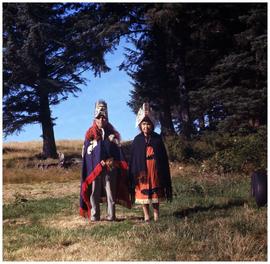