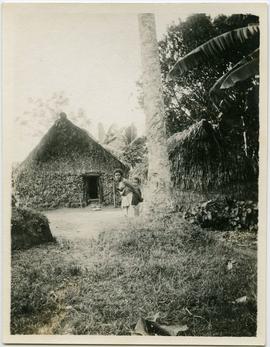 A corner of the village [Nausori, Fiji]

Image shows a woman and child standing near a house/building. 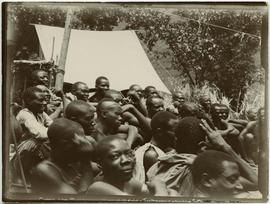 Image shows a group of Bakonjo men in Uganada, seated on ground. They appear to be looking in the direction of some source of entertainment, possibly a gramophone. An annotation of verso of photograph may indicate that it is a gramophone (handwriting is difficult to read). 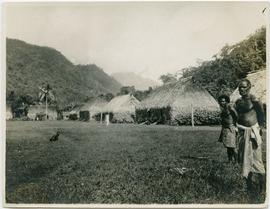 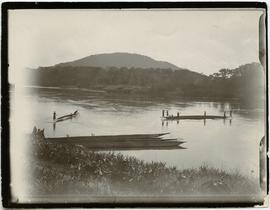 Above the Ka[__?] rapids, upper Congo

Image shows a group of canoes on the upper Congo River. Two have people in them rowing. 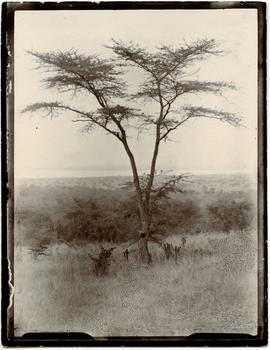 Acacias and park like country at 3000 ft. - Lake Ruisamba

Image shows a field in the Congo region, with an acacia tree in the foreground, and Lake Ruisamba in the background. 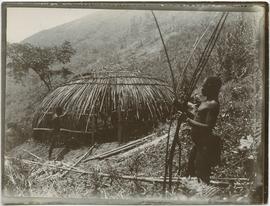 Image of structure on hillside made of branches or reeds, with two men standing nearby. 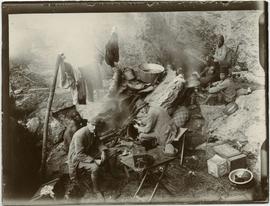 Image shows a group of men at a camp in the Congo region. An annotation on the back identifies Woosman[?] on the left and Carrinton[?] on the right. 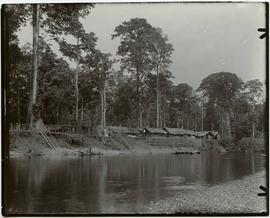 Image shows a village along the Mimika River in New Guinea. 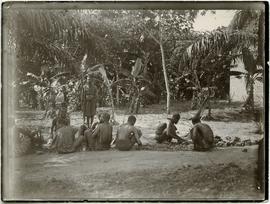 Image shows a group of African prisoners chained together, with a guard standing nearby. The prisoners are crouching and digging in some way, possibly working on a road. The image was taken in the Congo region. 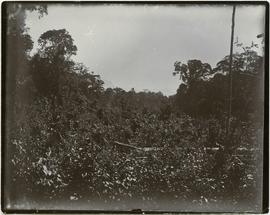 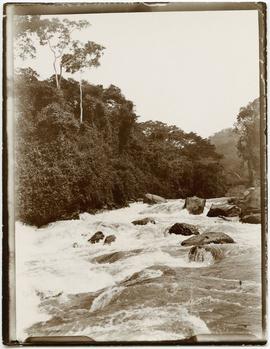 Image shows rapids of the Congo River. Annotation on verso. 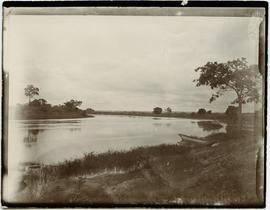 Congo near Kibombo, just outside the forest

Image shows a calm stretch of the Congo River, with a canoe docked on the bank. 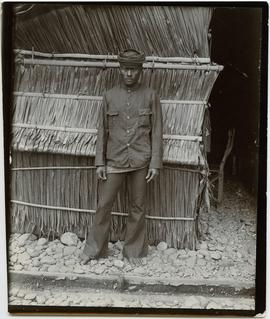 Portrait of a man standing outside in bare feet, identified on verso of print as being a Chinese convict. 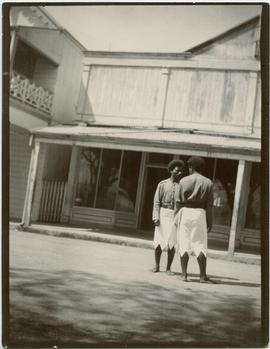 Image shows two men in Nausori, Fiji street, identified by annotations on verso of print as being policemen. 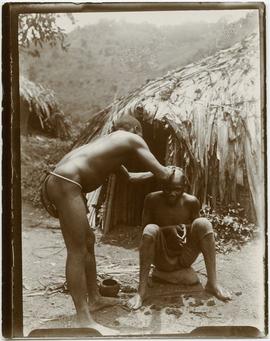 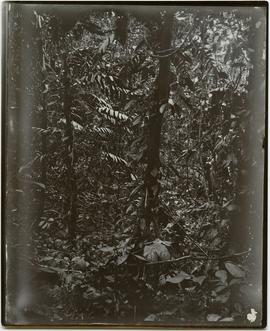 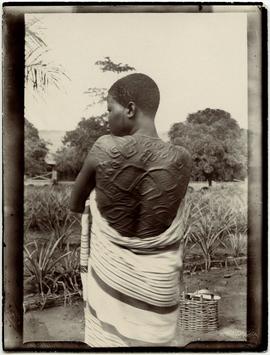 Image shows the tattooed back of a woman in the Congo region. 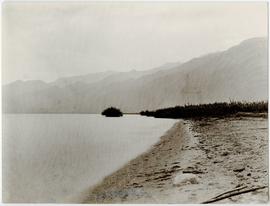 Image of the Westshore of Lake Albert in Uganda. 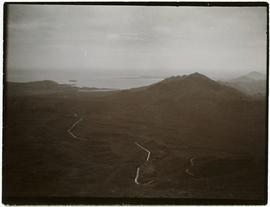 Looking down from the Pali[?] [Nausori, Fiji]

Image shows a view down from a high point onto the ocean, with a road and a a number of peaks visible.