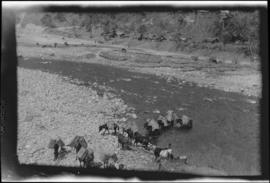 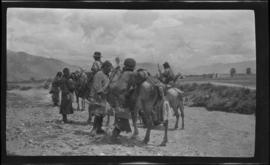 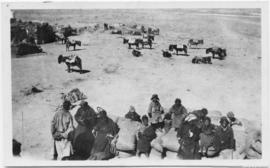 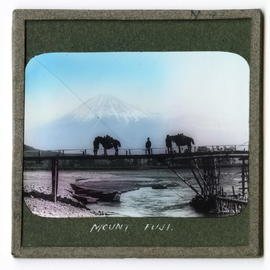 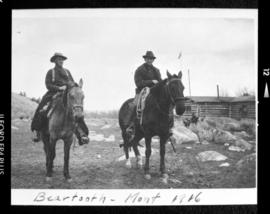 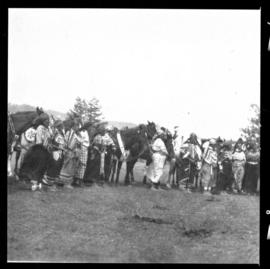 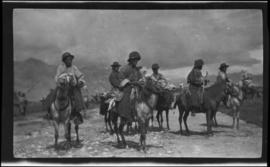 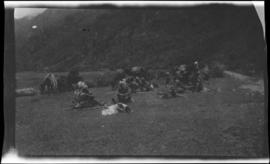 Punjabi soldiers with their horses resting

Item is a negative showing a group photo of unidentified Punjabi soldiers with horses sitting on a grassy valley. There appears to be a mountain in the background. 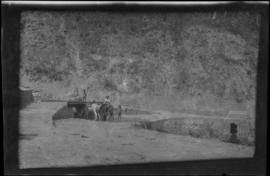 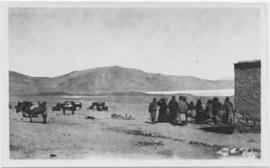 People standing in field with horses 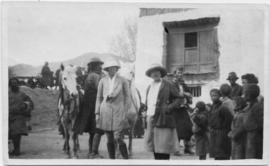 Item is a photo of two women posing outdoors. Next to them and in the background are villagers, a building, a horse and mountains. 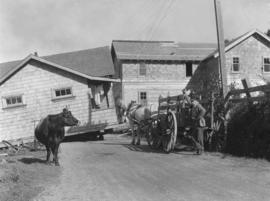