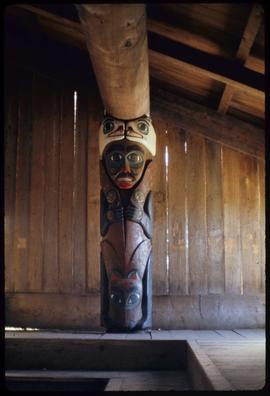 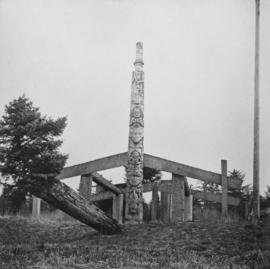 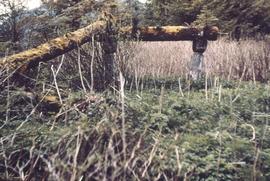 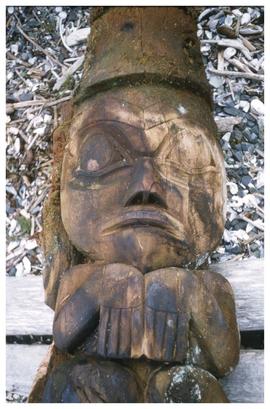 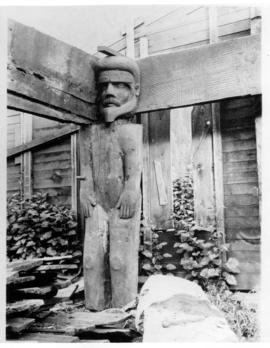 The newsletter contains 10 articles about the museum as well as photographs, facsimiles of artworks, and general visitor information. Subjects include the exhibition Reclaiming History: Ledger Drawings by the Assiniboine Artist Hongeeyesa, MOA's financial endowments, a house post carved by Lyle Wilson, the residency of Dr. Beatrice Medicine, recent acquisitions to the Asian collection, a MOA membership survey, funding received from the Getty Grant Programme, a project involving a grade 12 art class and ceramics, a new version of the exhibition Cannery Days, and news from the Anthropology Shop. Also included is a Calendar of Events. 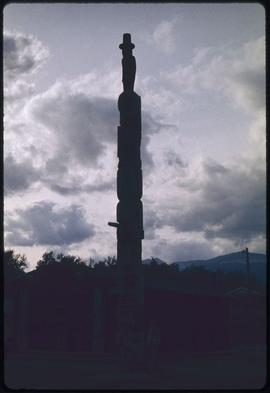 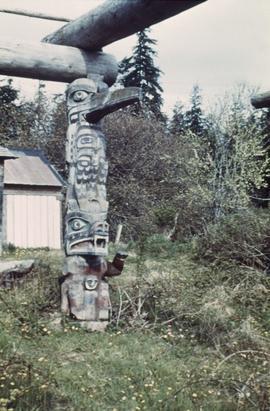 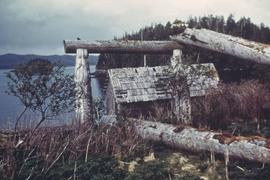 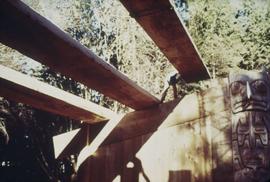 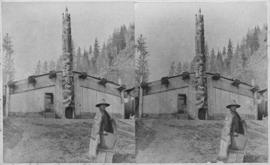 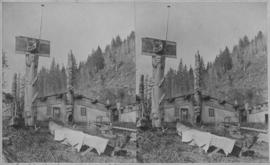 Image depicts exterior view of the Mountain House, frontal pole, house post, and mortuary pole located on Moresby Island in Haida Gwaii, B. C. In the foreground is a canoe. Printed around the border of the image is the photographer information "PHOTOGRAPHED BY R. MAYNARD, VICTORIA, . . . B. C." Handwritten inscription on the border reads "Gold Harbour Q. Ch. Is.". Printed on the verso is the photographer information with the inscription "R. Maynard, Photographic Artist, AND DEALER IN ALL KINDS OF PHOTOGRAPHIC MATERIALS, COR. OF DOUGLAS AND JOHNSON STS., VICTORIA, B. C. -- Views of British Columbia and Vancouver Island for Sale." A handwritten inscription reads "Indian Village".