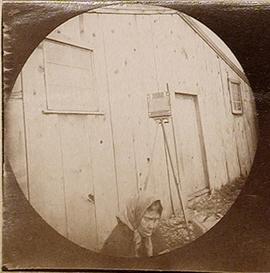 Item is an image of a woman by a building. According to annotations, photograph was taken in G?aw (also known as Old Massett) in the Haida Gwaii archipielago