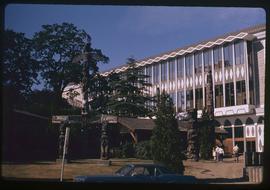 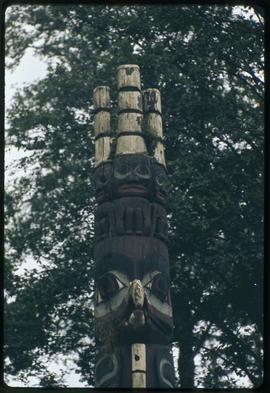 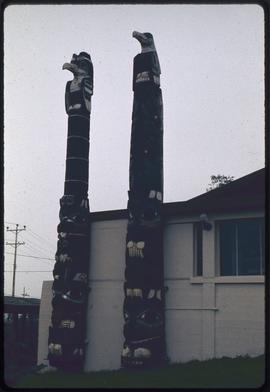 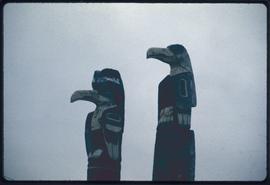 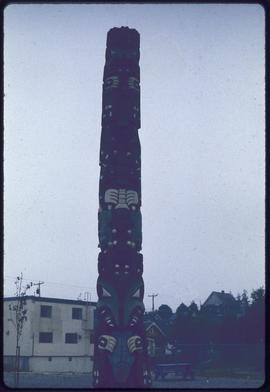 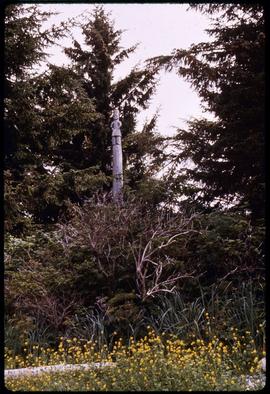 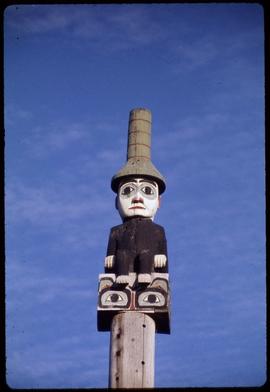 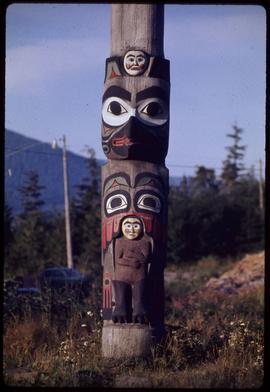 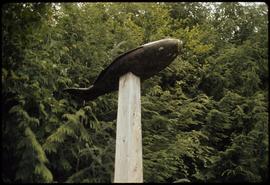 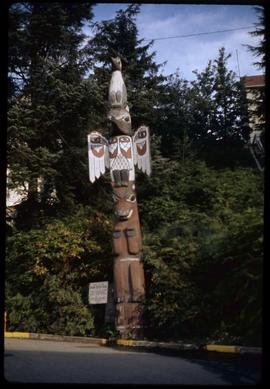 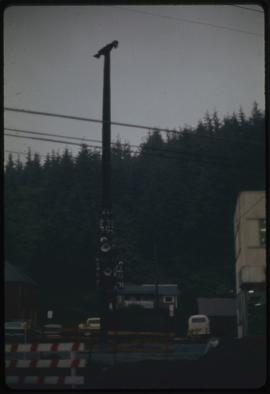 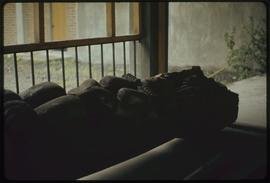 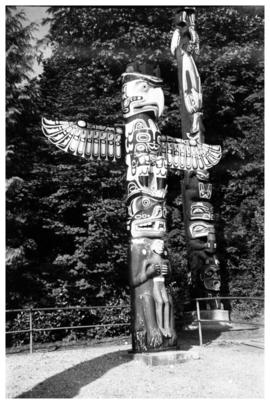 Image of the original Thunderbird House Post in Stanley Park. Pole carved by Charlie James. The Ne-is-bik Salmon Pole is in the background. 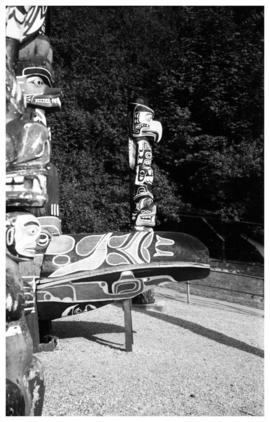 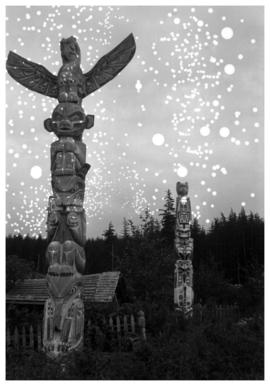