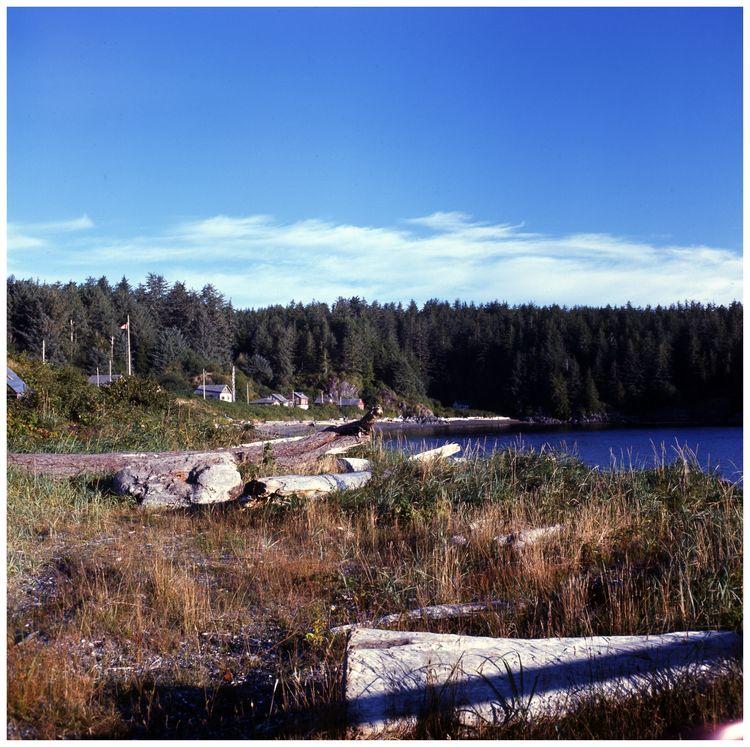 Image of a village located on a small inlet, surrounded by forest.