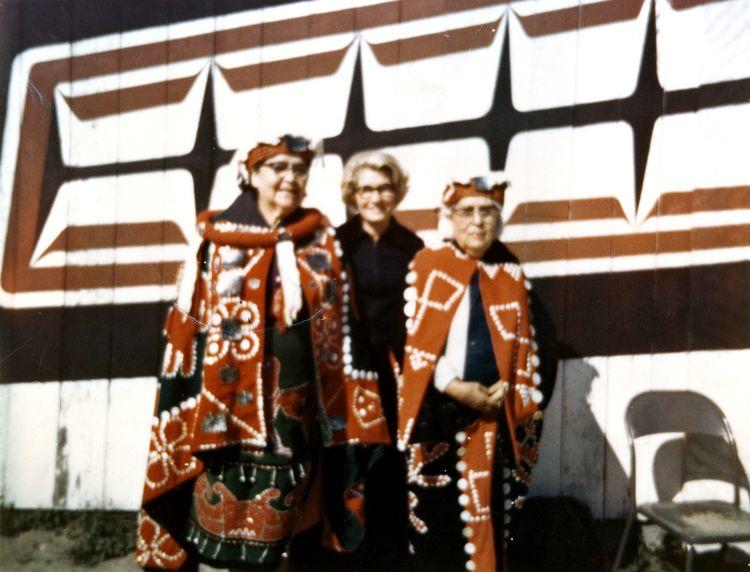 Three women next to longhouse (?)

Portrait of three unidentified women standing next to what appears to be the exterior wall of a longhouse. Two of the women are in ceremonial dress.