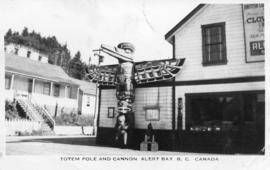 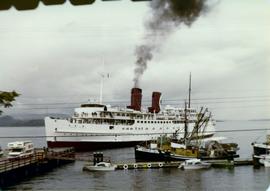 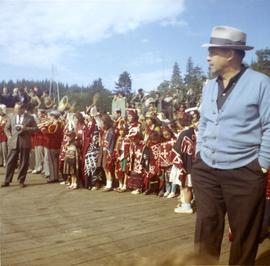 Photograph of a group of children in ceremonial dress and a brass band at an outdoor event, possibly a potlatch. An unidentified man is standing prominently in the foreground of the image. A stamp on the verso of the print indicates that it was printed in 1958. 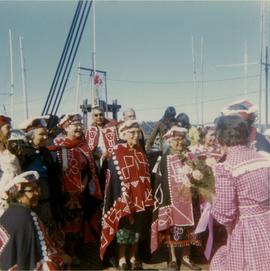 Image of a group at an unidentified outdoor event. Most of the individuals in the image are in ceremonial dress. The photograph was likely taken in or near Alert Bay, BC. 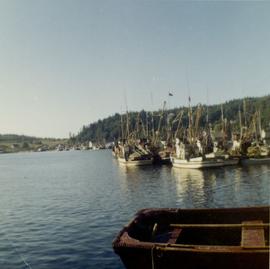 Photograph of docked fishing boats, possibly in Alert Bay, BC. A stamp on the verso indicates that it was printed in 1957. 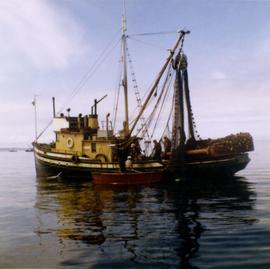 Photograph of a an unidentified fishing boat. A stamp on the verso indicates that it was printed in 1957. 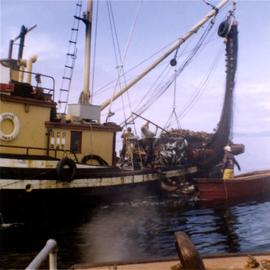 Putting fish over to go into hold

Photograph of a fishing boat named Cospak. In this image, the men are pulling up fish in a net to go into the hold of the ship. A stamp on the verso indicates that it was printed in 1957. 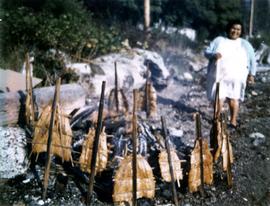 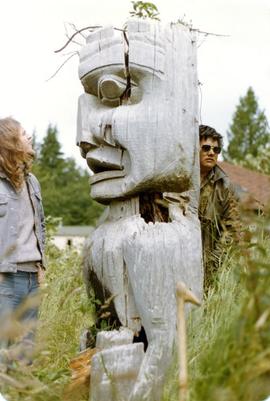 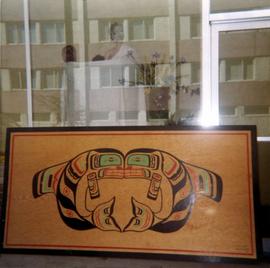 Photograph of an unidentified piece of art, depicting what appears to be two whales, painted on a piece of wood. 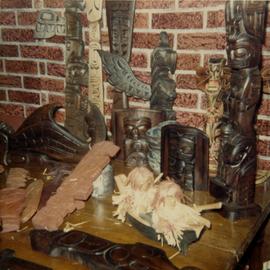 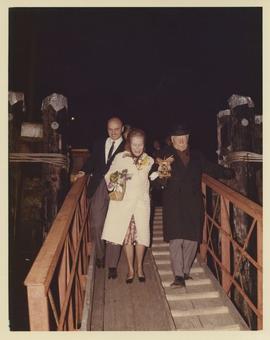 Photograph of former Canadian Governor General Roland Michener and his wife, descending a ramp on a pier in Alert Bay, BC. Title of the photograph taken from annotations in the album that originally housed this photograph. 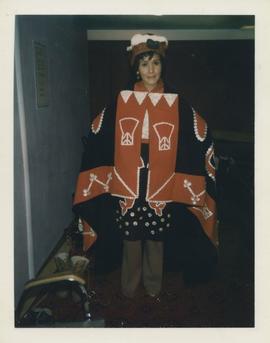 Woman in regalia, Alert Bay, BC

Portrait of a woman in regalia, standing indoors. 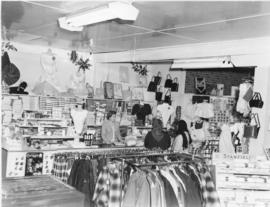 Interior view of a shop selling clothing, and accessories. Three women, a store employee and two customers, can be seen. 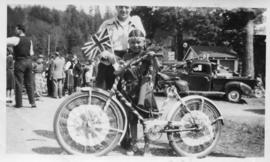 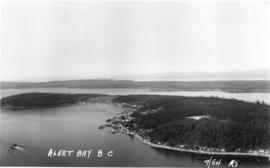 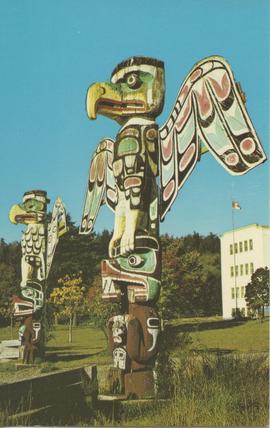