Subseries consists of photographs documenting various Sunday programs at the MOA and the children attending them. Programs include those for the visually impaired, related to visible storage, related to Japanese heritage and culture, the Punch and Judy show, Evelyn Roth’s giant salmon and others that are unidentified. Photographs were taken by McLennan, Jean Hamilton and Stephen Inglis.

Sub-series consists of papers relating to anthropology lectures given by Duff at the University of British Columbia. The records include handwritten and typed lecture notes, course outlines, course plans, examination questions, maps and drawings, and correspondence. There are also a few student essays relating to the subject matter of the lectures.

Subseries contains resources acquired by McLennan due largely in his research interest in Northwest coast art and design. The series consists largely of photographs taken by McLennan during his travels to museums and archival institutions of artifacts. There are also collections of photographs acquired by McLennan from archival institutions which he had copied. Correspondence between professionals at museums and archives is also sometimes located within the file with the photographs. The museums and archives which have files in this subseries are geographically very diverse. As a note of interest, some objects were taken out especially for McLennan, when access to them by the general public would not normally be granted.

Subseries contain the images used in the Museum Notes booklet titled Totem Poles: An illustrated Guide by Marjorie M. Halpin, as well as a copy of the booklet.

Sub-series contains the records related to the design of the Multiversity galleries. This project was outsourced to an Italian company called Laboratorio Museotecnico Goppion. The majority of the records are created by them for MOA. These include tenders, project management documents, technical drawings, specifications for locks, earthquake diagrams, and notes. There are also correspondence and planning calendars created by Cunningham. 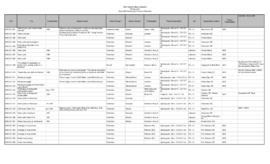 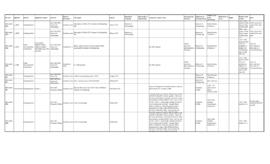