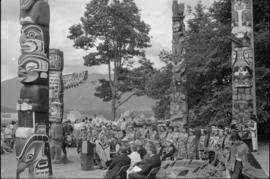 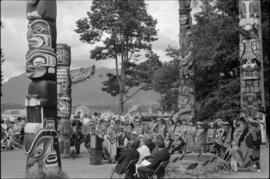 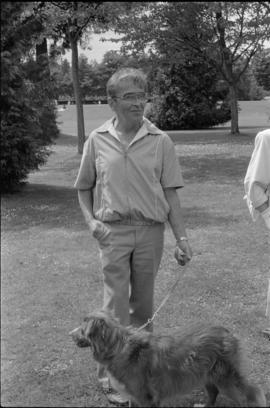 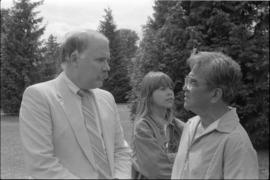 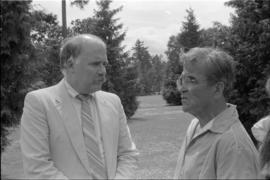 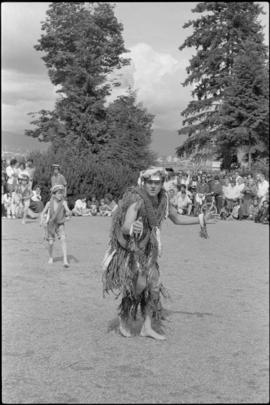 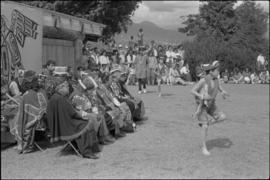 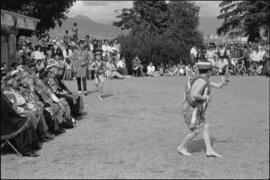 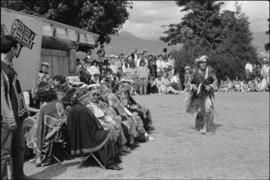 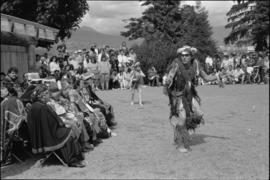 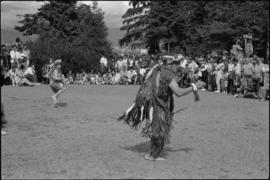 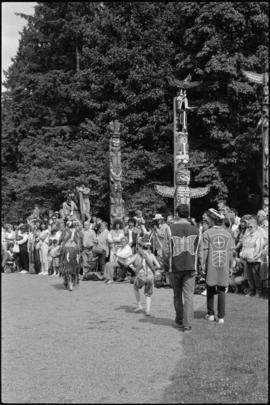 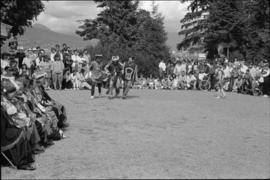 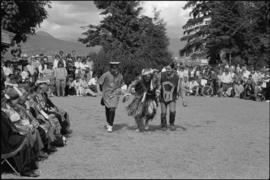 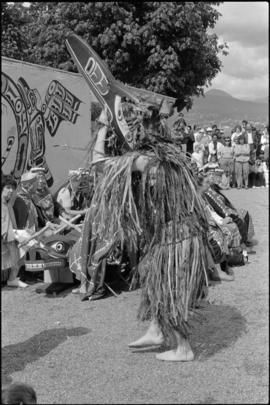 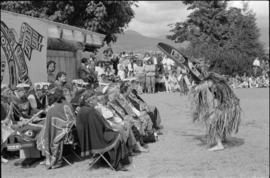 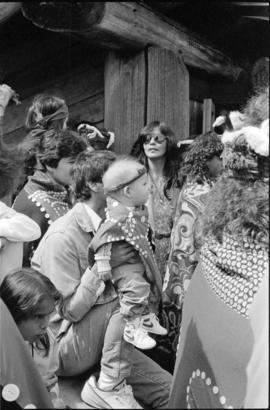 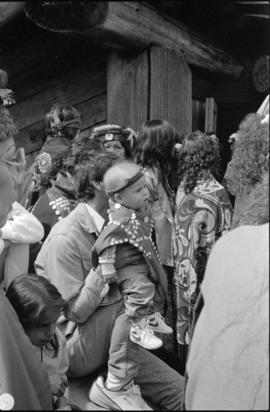 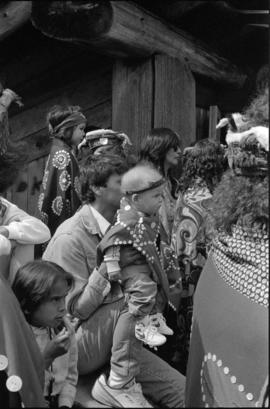 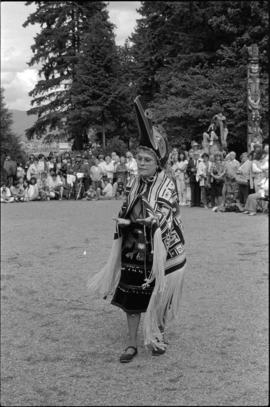 70 cm of textual records and other material.

The series contains records created during a number of visits and projects completed with the Kwakwaka'wakw of Alert Bay.

After meeting David Grubb at the Salish Conferences in the early 1970s, Jensen was invited by Grubb to attend a potlatch on Gilford Island, just off Alert Bay. It was the first potlatch that she attended, and Jensen photographed it in black and white without flash.

Around the same time, Gloria Cranmer Webster began involving her UBC colleague Powell in discussions on the development of a Kwak’wala orthography. The two worked on this project during their breaks at work, with the main end goal to create accurate labels for artefacts at the museum, then located in the basement of the library on campus.

In 1975, after she moved back to Alert Bay, Webster contacted Powell and asked him to assist her in the creation of a language and culture book for Kwak’wala speaking people. Powell travelled to Alert Bay, the first of many trips to do such work. Over the next few years, Powell and Jensen were invited to Alert Bay on a number of occasions to attend potlatches, pole raisings, and other community events. Jensen photographed the events, as well as other aspects of the community such as the day care and band school.

In 1980 Webster, on behalf of the U’Mista Cultural Centre, secured salaries for both Jensen and Powell for one full year. They were hired to produce language and culture books, but in reality helped with many other aspects leading to the opening of the Centre. They rented a house in the village and lived there full time for the year, immersing themselves in the community, and creating a body of records that integrates both work and community life. Jensen had permission to photograph extensively, and these are all included in this series. Powell did linguistic research and worked with teachers from both the band school and the provincial school that were located in the village. Jensen also photographed language and culture lessons to be used in the books being produced. During the year they lived in Alert Bay, they produced 12 language books and a teacher’s manual for U’mista.

In 1982 Powell and Jensen purchased a house in Alert Bay, further cementing their intentions to maintain connections to the community. They continued to attend and photograph events and potlatches between projects.

In 1983 the Kwak’wala Teacher Training Program (KTTP) was developed by Powell and Jensen. The program was a college credit course for local area teachers to train them to lead language and culture lessons in their classes. Jensen and Powell divided their teaching duties, involving another teacher named Joy Wild. The program was successful for two years.

Over the next 20 years many of their visits were social in nature, although they continued to keep a detailed record of the events they attended. In 2001 they completed a CD-ROM for the Learning Kwak’wala series. This project had been ongoing for some time.

The series also contains photographic records of two events that took place outside the realm of the language projects. The Canadian Museum of Civilisation hired Doug Cranmer to carve a new Wakas Pole to replace the decaying version in Stanley Park and contacted Jensen to document the event. The second set of photographs records a trip organised by U’Mista Cultural Centre for scholars and experts to visit Mimkwamlis (Village Island) and T’sadzis’nukwakme’ (New Vancouver).

The records kept in this series consist of recordings, photographs, research notes, draft teaching aids, and copies of completed resources for both children’s education and the KTTP.