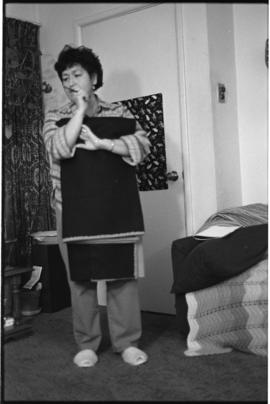 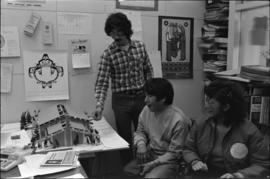 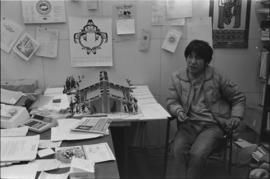 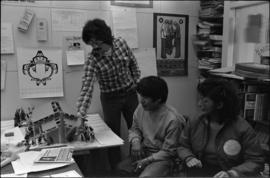 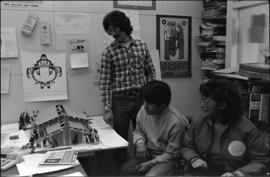 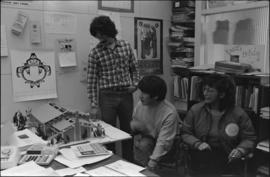 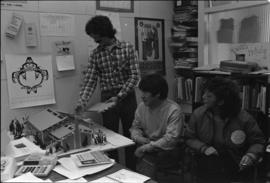 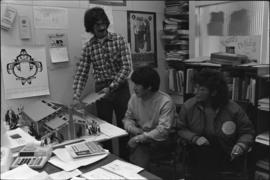 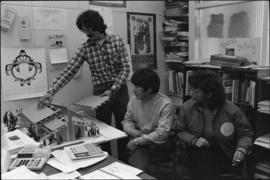 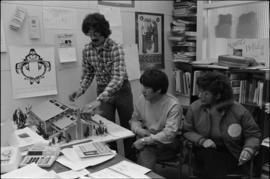 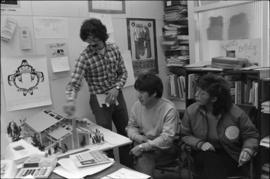 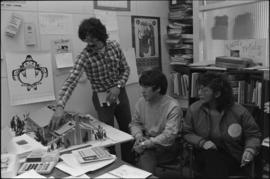 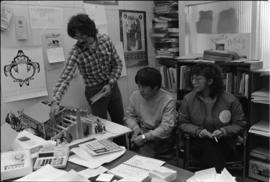 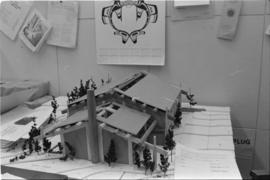 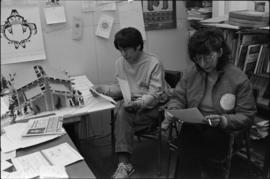 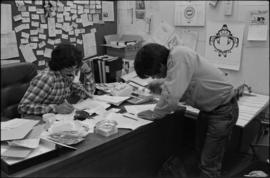 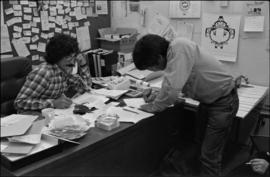 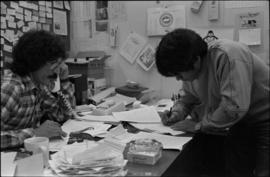 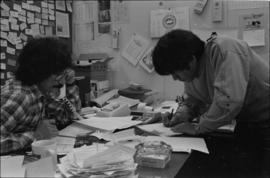 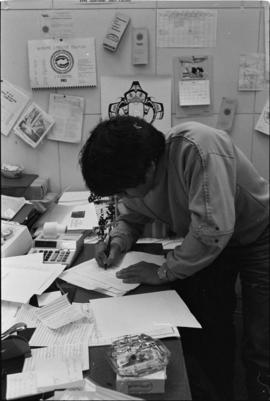 6096 photographs and other material

Series documents Nisga’a artist Norman Tait and his crew of carvers during a period in which they were prolific in their creation of totem poles.

Jensen first met Tait in the early 1970s when she would photographic artists’ works for Bud Mintz, Vancouver gallery owner. In 1985 she had the idea to produce a book documenting the carving of a totem pole from start to finish. She approached Tait, who initially refused but called Jensen back just a few days later to take her up on the offer, after being commissioned to create a pole for the Native Education Centre in Vancouver.

Jensen photographed Tait and his crew, which consisted of his brother Robert (Chip), his cousin Harry Martin (Hammy), his nephew Wayne Young and his eldest son Isaac (Ikey). She also made notes and audio recordings of Tait’s lessons to his crew, most of whom had never worked on such a large project. The photographs and tapes were used in the creation of the book Where the People Gather: Carving a Totem Pole. The project also led to the publication of a children’s version, Carving a Totem Pole and a paperback version titled Totem Pole Carving. The books were published in the early 1990s.

Jensen documented Tait’s next two major commissions: two poles for Capilano Mall in 1986, and a pole for Stanley Park in 1987.

In 1987 Tait adopted Jensen into the Nisga’a Eagle Clan and began to teach her about the responsibilities that came with the honour. The lessons were put into practice in 2001 when Tait asked Vickie to guard the body of a family member that had died.

The series includes photographic records of the creation of the four poles; audio recordings of lessons and interviews with Tait; transcripts of the audio tapes; and notes. The series consists of five sub-series: