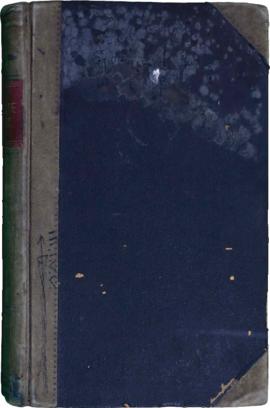 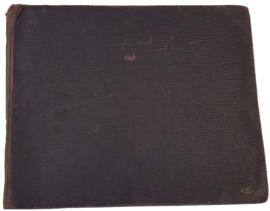 Percy Broughton was a missionary of the Anglican Church who served the Church Missionary Society (predecessor to the Anglican Church in the Arctic) at Lake Harbour [Kimmirut, Baffin Island] from 1911-1912. Prior to this, Broughton attended the theological school Wycliffe College in Toronto, Ontario. Broughton arrived in Lake Harbour in September of 1911. In March of 1912, he was separated from the Inuit crew he was travelling with, and spent two days lost in the Arctic. He eventually managed to find his way to a small community of Inuit who saved his life though he sustained serious injuries due to prolonged exposure in extreme cold temperatures. He left Lake Harbour in August of 1912. Broughton returned to Toronto for surgeries and recuperation, then went to England, New Zealand, and Australia. Broughton died, most likely due to complications from his injuries, in September of 1915.

Collection consists of one bound journal, reflecting Broughton's day-to-day activities and missionary work in Baffin Island between 1909 and 1915, and one photo album with images of Wycliffe College, ships and their crews, towns, Arctic wildlife, and many of the Inuit community at Lake Harbour [Kimmirut] in Nunavut, Canada.

Both the journal and photo album are exhibiting significant amounts of wear and deterioration which are contributing to their fragility. Materials must be handled with care while wearing conservation gloves.

Material was donated to the Museum of Anthropology in 2011 and transferred to AHHLA on January 10, 2012

Original order of both journal and photo album has been retained

A scanned version of the journal is available through UBC Library: https://open.library.ubc.ca/collections/specialp/items/1.0065936