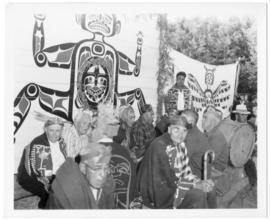 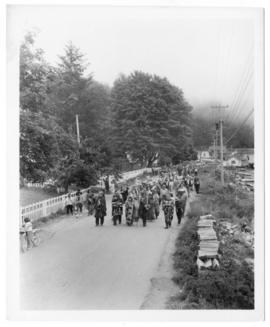 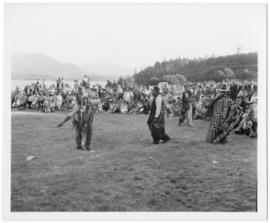 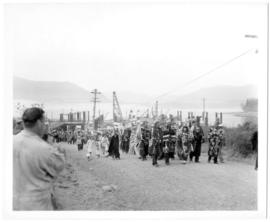 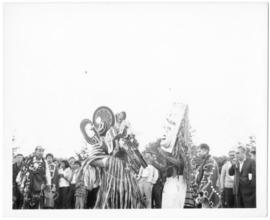 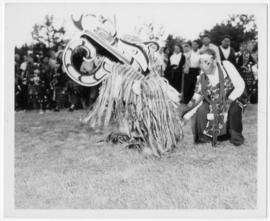 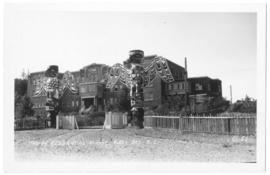 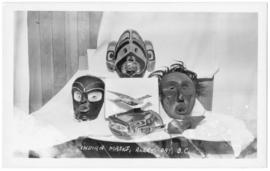 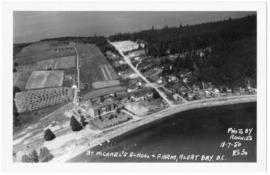 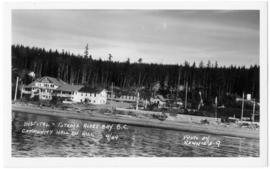 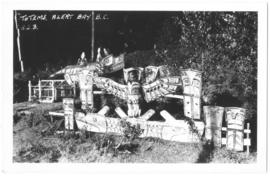 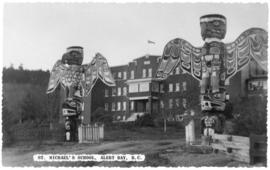 Diane Elizabeth Barwick (née MacEachern) was a renowned political and historical anthropologist. Born in Canada in 1936, she remained a Canadian citizen until 1960, at which time she moved to Australia. Leading up to her departure from Canada, she studied at UBC in the school of Anthropology, from which she obtained her BA in 1959. She worked under Audrey Hawthorn at the Museum of Anthropology for many years leading up to her graduation. Before leaving for Australia, Barwick worked for nine months with Wilson Duff at the Provincial Museum of British Columbia. Her exposure to northwest coast First Nations communities would directly influence her later studies and work at the Australian National University. In pursuit of a Ph.D. there, she researched kin networks among Aboriginal Victorians. She was an active member of the Australian Institute of Aboriginal Studies and was a co-founder of the Aboriginal History journal.

The fonds consists of 7 photographs from a June 1958 centennial [centenary] celebration in Alert Bay that Barwick described as having been ordered from a local cameraman. There are also 7 postcards that contain images of Alert Bay ca. 1949 or 1950 that were purchased by Barwick in the summer of 1958. Sixteen negatives were taken by Barwick at an excavation at Beach Grove in the Fraser River delta in June of 1957, likely done under the guidance of Charles Borden, a Lecturer and later Professor of Archaeology at UBC who studied the Beach Grove site from ca. 1955 to 1958. Notes on the envelope indicate these negatives include images of D. N. Abbott, Colin McCafferty, and Nansi Swayze.

The University of Melbourne, Australia, holds the majority of Barwick’s personal and career-related records.