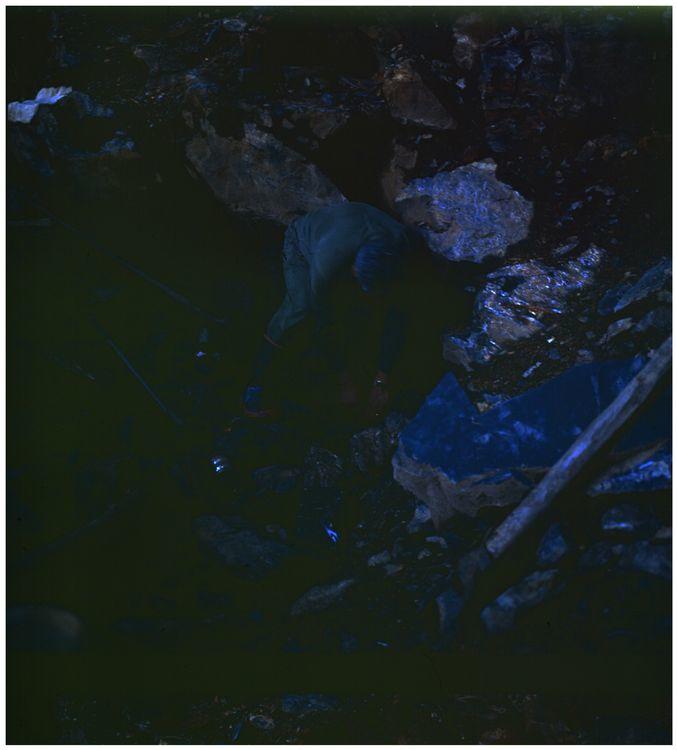 Image of a man who appears to be collecting slate. The image is very dark and difficult to see.