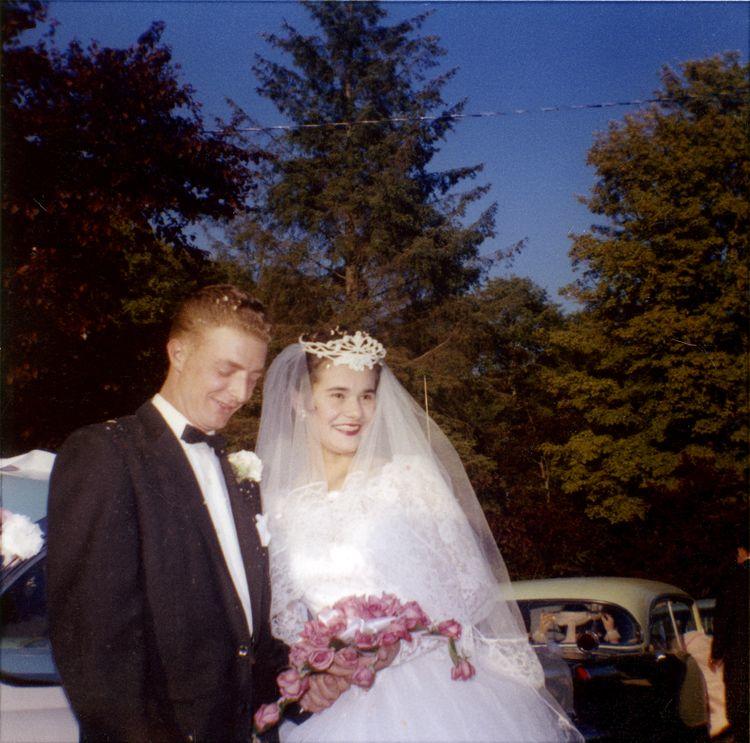 Photograph of a bride and groom, standing outside in front of a line of cars. Handwritten annotations in the album in which this print was originally housed identify the couple as Wally and Florentina Jolliffe(?). A stamp on the verso of the print indicates that it was printed in 1959.