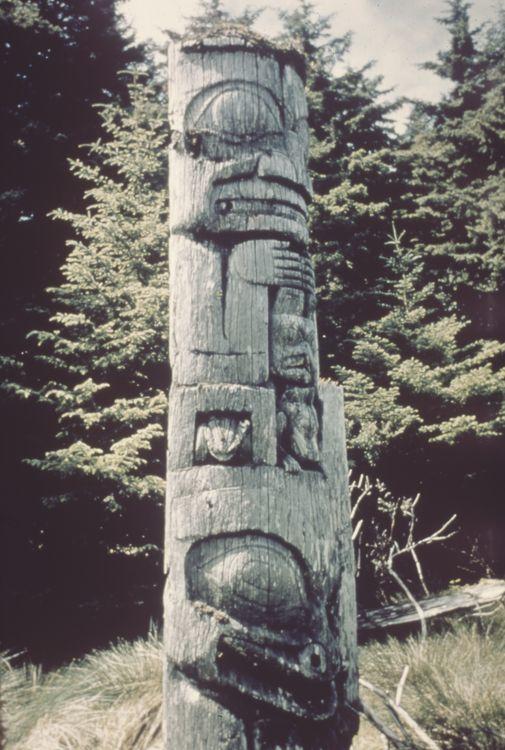 Image of an old house post on Anthony Island, Haida Gwaii. This appears to the same as a post now housed at the Museum of Anthropology. This museum item is decribed as follows: "The lower section of a totem, crescent shaped in cross section, carved in shallow and deep relief. From top to bottom: bear with protruding tongue and raven on body, kneeling on head of unknown creature... Figures probably from historical narratives owned by lineages of house owner and wife. Grizzly bear was a crest of the lineages of the 'Striped Town People' and 'Sand Town People' of the Raven Moiety, to one of which the husband may have belonged. The supernatural Snag was also a crest of the 'Striped Town People'. Human arms of the raven or cormorant may indicate ability to transform from animal to human."