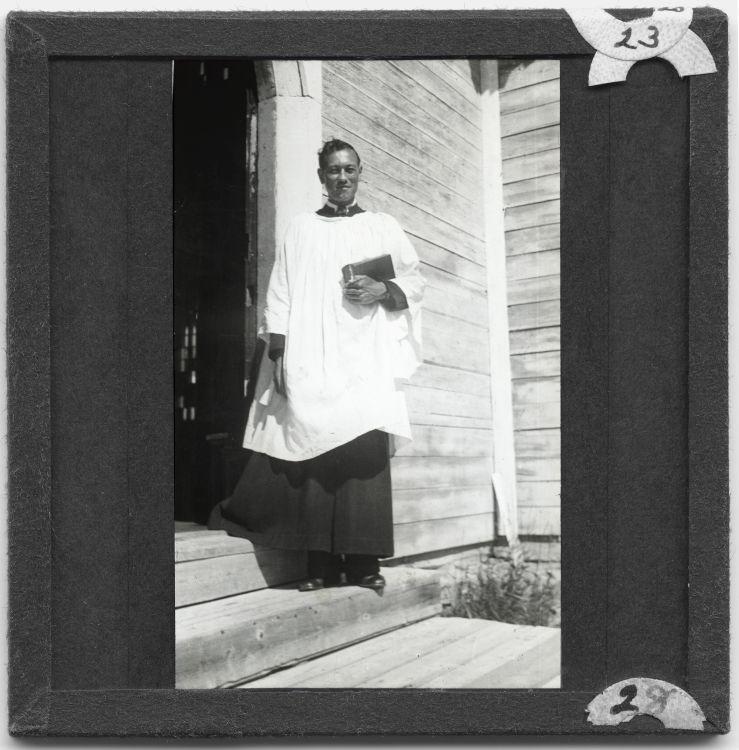 Missionary Society of the Church of England in Canada

Item is a glass lantern slide of a minister by the entrance of a church. Based on the original order of the collection, photograph might have been taken at Elkhorn (Washakada) Residential School. The Elkhorn Residential School started as the Washakada Home for Girls and the Kasota Home for Boys were established in the village of Elkhorn, MB in 1888. Following a fire, the school was rebuilt outside the town in 1895. Ongoing financial problems led to a government takeover of the school. It was closed in 1918 but reopened in 1923, under the administration of the Anglican Church’s Missionary Society. Many students came from northern Manitoba. The leaders of The Pas Indian Band made a number of complaints about the conditions at the school, which was eventually closed in 1949. (National Centre for Truth and Reconciliation)