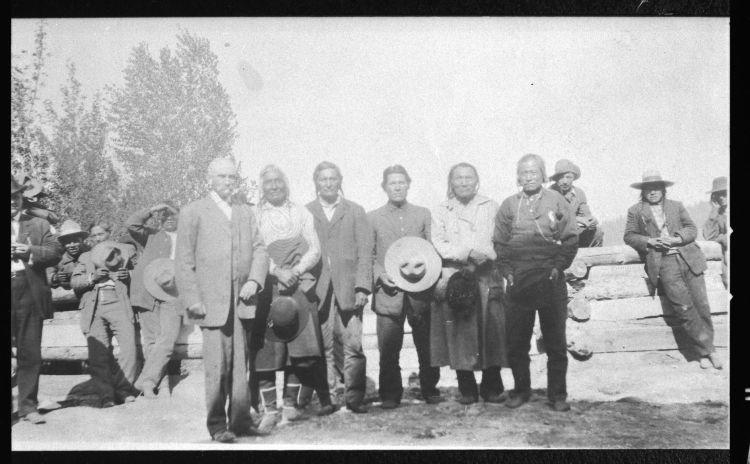 Group portrait of men posed along a split rail fence

Thirteen men, wearing a mixture of western and native clothing, stand along a fence. Trees are visible in the distance.

Top of copy image is a bit overexposed, but contents still recognizable.