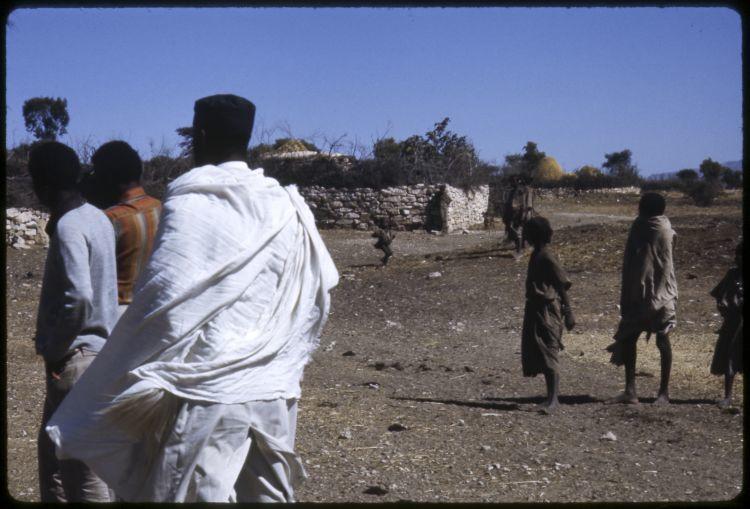 Photograph of a group of men and children in front of a stone wall. The man on the right is wearing shemma cloth, a hand woven material ubiquitous in Ethiopia, but particularly in northern Ethiopia. Lorna R. Marsden purchased an example of a shemma cloth designed for special occasions during her travels which she later donated to the Museum of Anthropology in 2016, but this image shows its typical and everyday use by men and boys in the late 1960s and early 1970s in Ethiopia as wrap skirts and as shawls.