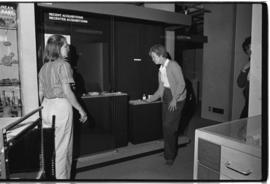 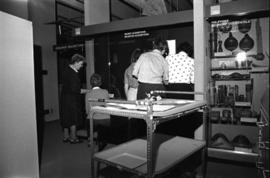 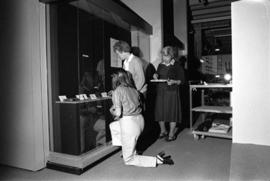 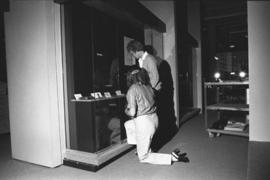 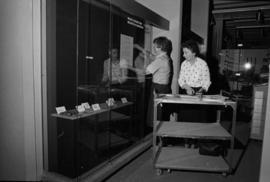 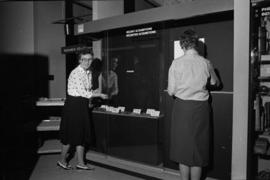 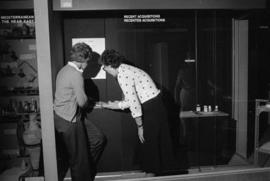 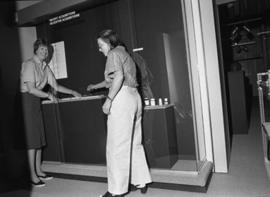 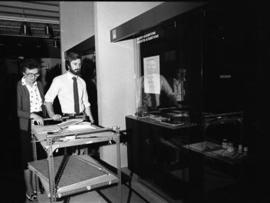 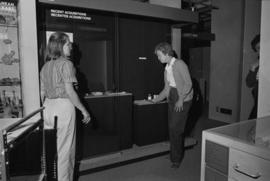 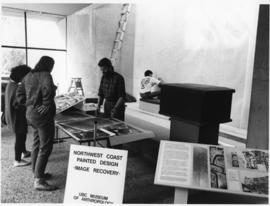 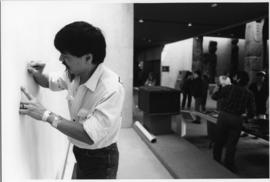 Series consists of records created by McLennan in the course of planning and designing various exhibits, both at MOA and on behalf of MOA for other institutions such as the World Expo in 1986. Each specific exhibit comprises its own sub-series. Graphic material includes photographic material depicting artifacts used in the exhibit, artifacts at other institutions that could potentially be used for exhibit, staff involved in exhibit, events held surrounding the opening and closing of an exhibit including any special ceremonies and other people and items related to the exhibit. Textual material includes label text, research conducted in order to strengthen the exhibits, correspondence between McLennan and cultural heritage institutions, administrative records (i.e. budgets and finances, schedules and time frames) and public relations materials.
Subseries 1 through subseries 64 represent an earlier time frame when McLennan’s role at MOA was more related to exhibit and graphic design than to actively curating exhibits. Subseries 65 through subseries 81 represent McLennan’s increased role as a curator of exhibits which he often researched, curated and did the exhibit design.

Subseries A through LLL were accessioned by the archives at an earlier date than the 2013 accrual. These have been incorporated and described at the same time as the 2013 accural..

Unless otherwise noted, MOA only holds the rights to photographs taken by McLennan. If copyright notes are available, they will be included in the notes field for the appropriate subseries.