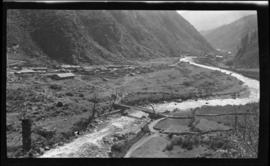 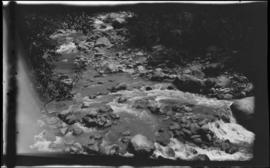 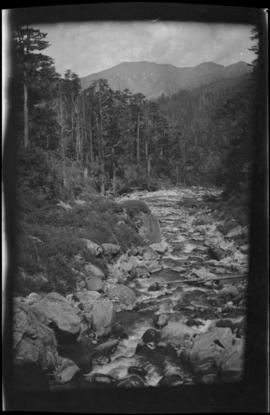 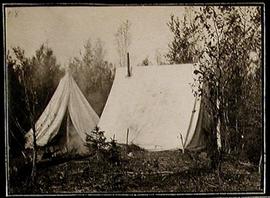 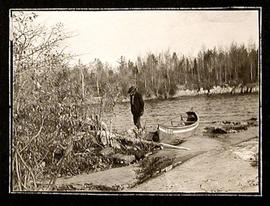 Item is an image of a shore with a boat and a person standing by it. According to annotations, photograph was taken on the Hayes River between York Factory and Norway House, Manitoba. Item is same image as item a032718 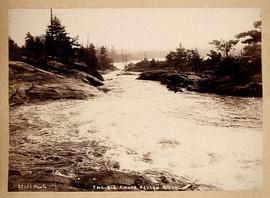 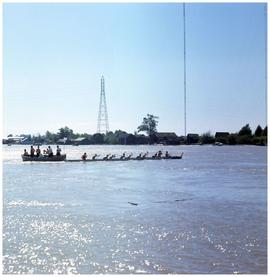 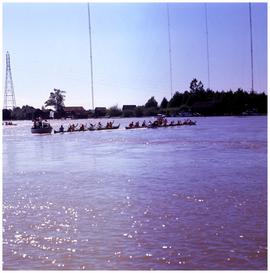 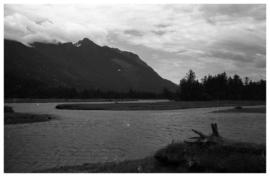 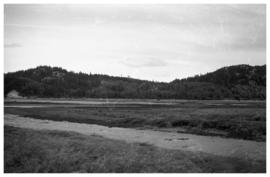 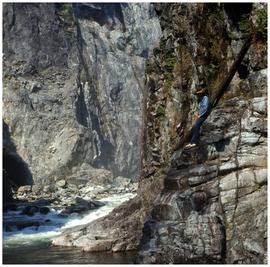 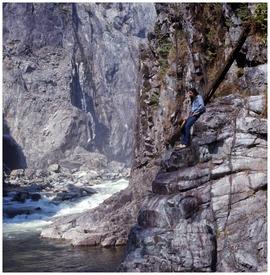 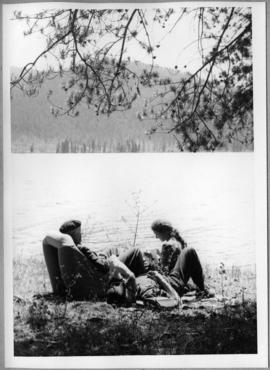