MOACAT Visitor Study: Access to Information in the Multiversity Galleries

In a Different Light [visitor study]

In the Footprint of the Crocodile Man tracking study report

Series consists of correspondence and memoranda, handwritten notations, reports, newspaper clippings, journal articles, pamphlets, minutes, financial statements, papers, membership lists, photographs and other textual and graphic material related to the Museum of Anthropology’s relations with individuals, organizations, and associations external to the museum. Series includes records related to museum membership vis-à-vis the short-lived Friends of the Museum of Anthropology, the museum’s public relations activities, and events held by external organizations or groups at the museum, such as APEC, inquiries and requests received by the museum, including requests for guided visits, as well as records regarding the collection of visitor comments. In addition to Ames’ general communications and correspondence, the series also includes records relating to the Museum of Anthropology’s relations with other museums and institutions. This includes correspondence and other records regarding the director’s participation in a number of external museum-related committees and associations.

The series is divided into the following subseries:

E. Communications and Service: Museums and Other Institutions Files 1970-2006

The collection includes material relating to Alert Bay that was created or collected by Thomas and Mildred Laurie, as well as photographs and textual records created or received by James Barclay Williams, who bequeathed the records to Mildred Laurie. The collection includes a photo album, photographs, postcards, correspondence, newspaper clippings, pamphlets, and a calendar. Photographs document Alert Bay and the surrounding area, including the B.C. Packers store, Christ Church, the native cemetery, St. Michael’s Residential School and Preventorium, Canada Packers, Hardy Bay, totem poles, a long house, and the Nimpkish Hotel. Photographs also document local events, including potlatches, weddings, an outdoor salmon barbeque, BC centenary celebrations in 1958, native ceremonies, and a visit by the Governor General.

The material is arranged in the following files:

Series is made up of records related to the creation of a Nuu-chah-nulth (otherwise referred to as T’aat’aaqsapa, West Coast language, or Nootka) dictionary.

Powell was first contacted to do a Nuu-chah-nulth language project in 1989 by Andrew Callicum, a Nuu-chah-nulth Elder and acquaintance. Originally they planned to create curriculum materials, but after John Thomas, a main informant, left the project, it was decided that they would create a dictionary instead.

Missionary Society of the Church of England in Canada Slide Collection

Collection might be similar to the Missionary Society of the Church of England in Canada fonds, at the Anglican Church of Canada Diocese of Rupert's Land, Manitoba.

Lantern slides shows were used during the 1920s and 1930s by the Church of England in Canada to promote the work of their missionaries and to raise funds. The slide shows took place during missionaries’ services, church services, Sunday school groups, and special church programs. Usually, the slide shows were complemented with a text with basic commentary on the mission and content of the slides.

Missionary Society of the Church of England in Canada

During their time living in Bella Bella, the Houstons took many photographs of the lives of the Heiltsuk First Nation community documenting the day-to-day lives of the Heiltsuk First Nation as well as ceremonial activities. The colour slides document the construction, painting, and launching of the Gi’wa, a Heiltsuk canoe which sailed with the Lootaas, the Haida canoe built by Bill Reid for Expo 86. Some of the slides document the welcome feast at Bella Bella in honour of the Haida crew of the Lootaas. The colour slides also document several potlatches and wedding feasts held in the community hall, and the local Sports Day parade. Slides also depict the role of the fishing in the community, such as smoking salmon and processing roe. Other photos document gravestones on a nearby cemetery island, derelict canneries, petroglyphs and pictographs, totem poles and house posts, all in or near Bella Bella. 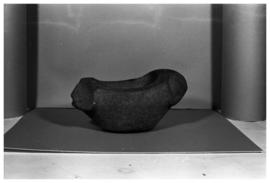 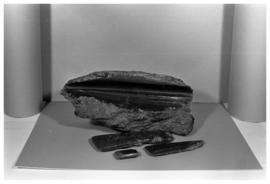 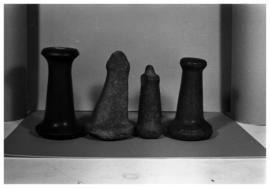